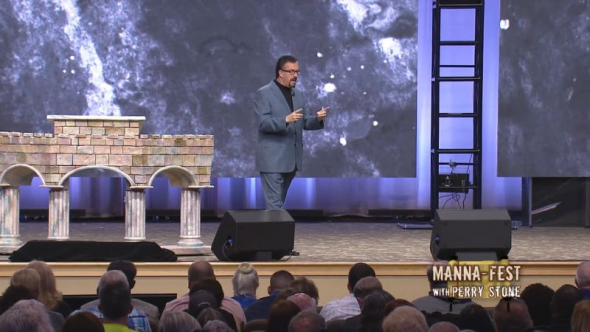 Later in the sermon, Stone said that a few years ago he had a meeting with a billionaire businessman, who informed him that globalist world leaders don’t view Satan as a fallen angel, but as someone who God is “jealous” of and has given a bad rap.

Moreover, the unnamed billionaire shared that such politicians pray to Satan before dinner, saying things such as “[let’s] rise together and pray to our father Lucifer” before eating.

“He said something to me that I will never forget and this is probably going to amaze some of you,” the televangelist told his congregation. “He said, ‘You’d be shocked how many of the world leaders, especially in Europe, are Luciferians.'” (Christian Post)