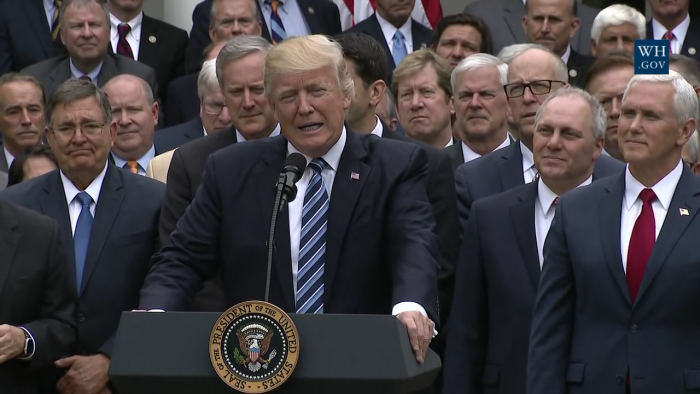 President Donald Trump said on Sunday that people who enter the United States illegally should be sent back immediately to where they came from without any judicial process, likening them to invaders who are trying to “break into” the country.

His proposal drew immediate criticism from legal analysts and immigrant rights advocates who said it would violate the U.S. Constitution’s due process provision, which applies to citizens and non-citizens alike.

In a series of tweets on Sunday, Trump said: “We cannot allow all of these people to invade our Country. When somebody comes in, we must immediately, with no Judges or Court Cases, bring them back from where they came.”

Of course this only makes sense, because trying to process the millions of illegal immigrants that are trying to come into this country through the courts will absolutely overwhelm our legal system, and that is what the left is counting on.