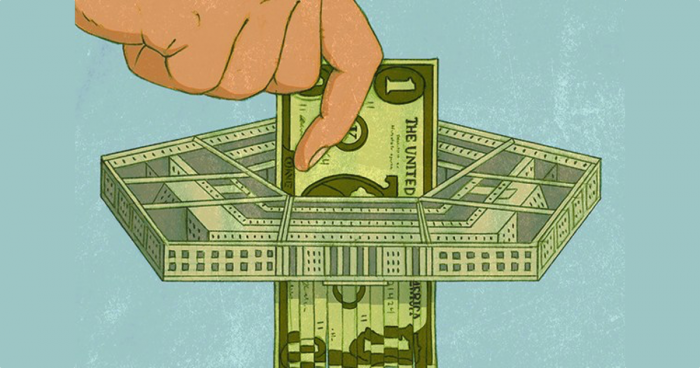 The U.S. military budget dwarfs every other country on the planet combined.

Do you know how much the Pentagon spent between 1998 and 2015 that is “unaccounted for”?

Where did it go?

No one knows…it’s “unaccounted for”.

Without being technically at war with anyone in particular, the U.S. is dropping a bomb somewhere in the world every 12 minutes, around the clock.

The U.S. has 1,000 military bases scattered across the planet.

Congress, not only doesn’t declare war, as they’re required to by the U.S. Constitution, but they’re surprised to find out that American troops are peppered throughout Africa too.

These principles have long been gone.

It’s time to revive them.