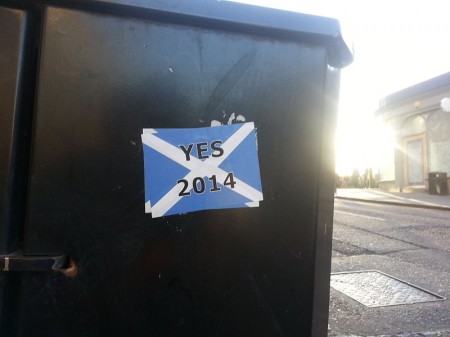 The discovery of North Sea riches in the 1970s planted the seed of modern-day Scottish nationalism as supporters of independence cried “It’s our oil!”

Four decades later, nothing will be more important to the economic future of Scotland than the oil industry should the country vote to end the 307-year union with the rest of the U.K.

Reserves of oil and gas would be split, possibly along the so-called median line, already used to allocate fishing rights. The division would hand the Scots about 96 percent of annual oil production and 47 percent of the gas, according to estimates for 2012 by the University of Aberdeen’s Alex Kemp and Linda Stephen cited by the Scottish government.