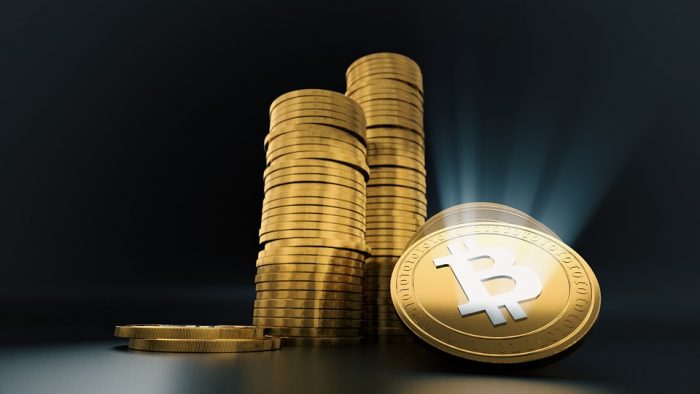 Bitcoin, Ethereum, Litecoin and other major cryptocurrencies have been on a wild ride this year, and over the past 10 days the volatility that we have witnessed in the marketplace has been absolutely breathtaking. On December 17th, Bitcoin shot above $19,800 for a brief moment before it started plummeting dramatically. At one point the price of Bitcoin dipped below $11,000, which represented close to a 45 percent decline from the record high that it had hit just five days earlier. And Bitcoin was far from alone – virtually every other major cryptocurrency was also down between 25 and 50 percent during that five day period. But now almost all of them are bouncing back, and at this moment the price of Bitcoin is $14,219.99.

There are many that believe that in the short-term the price of Bitcoin will fall back toward the actual cost of production. It has been estimated that the cost to produce a new Bitcoin is currently between three and four thousand dollars, and with the price of Bitcoin so high there is a tremendous incentive for Bitcoin miners to produce as many as possible right now.

Morgan Stanley analyst James Faucette and his team sent a research note to clients a few days ago suggesting that the real value of bitcoin might be … $0.

To back up his assessment, Faucette made the following arguments…

• Can Bitcoin be valued like a currency? No. There is no interest rate associated with Bitcoin.

• Like digital gold? Maybe. Does not have any intrinsic use like gold has in electronics or jewelry. But investors appear to be ascribing some value to it.

• Is it a payment network? Yes but it is tough to scale and does not charge a transaction fee.

Faucette also pointed out that the number of online retailers that accept Bitcoin is actually falling. Five of the top 500 e-commerce merchants accepted Bitcoin during the first quarter of 2016, but now only three still do.

In order for Bitcoin to have a sustainable long-term future, it must become a real currency that is widely used, but many would argue that it is already being surpassed by better and newer options. In fact, one top cryptocurrency expert recent stated that the old Bitcoin network “is as good as unusable”…

Emil Oldenburg, the co-founder of Bitcoin.com – one of the world’s largest sites devoted to the cryptocurrency – recently called the cryptocurrency the “most risky investment you can make,” after he switched to bitcoin cash, which he considers to be the future.

“The old bitcoin network is as good as unusable,” said in an interview with Swedish tech site Breakit.

Of course virtually all of that “digital wealth” could disappear in just a matter of days during a major crash. The CEO of Patriarch Equity, Eric Schiffer, believers that Bitcoin investments are eventually heading for “a thermonuclear death”…

“I think bitcoin is a ‘tower of death,’” Schiffer says. “It is going to result in the imminent death of your investment – a thermonuclear death.

“Right now we are looking at a financial bubble that is bigger than the tulip craze and I believe that we are headed for a bitcoin crash that will supersede any financial worries of the 21st century,” he added. “People are going to be shocked when they try to liquify their bitcoins.”

After all, Bitcoin and other cryptocurrencies don’t have any intrinsic value. Essentially, they are nothing more than digital creations that only have value because people think they have value.

But those that got in back at the beginning and have cashed out now have made enormous amounts of money, and nobody can deny that.

With every form of “investing”, they are winners and there are losers. Unfortunately, those that chose to jump in at the height of the madness could end up losing very big. The following comes from Wolf Richter…

Betting on cryptos is a peculiar form of online gambling on a global scale that requires a consensus among participants that they only buy, and that you cannot ever cash out, and now that some folks are trying to cash out, the bets for everyone else are souring. The same dynamics that pushed prices up have reversed and are causing them to crash.

But what if the naysayers are wrong?

Years ago, the price of Bitcoin crashed 75 percent at one point. What would have happened if the early investors had all bailed out then instead of holding on until now?

Those that sold Bitcoin at $12,000 might end up really kicking themselves if the price of Bitcoin does hit $40,000 by the end of next year, and that is exactly what some top experts are projecting…

Billionaire investors and highly respected analysts including hedge fund investor Mike Novogratz, prominent financial analyst Max Keiser, and Fundstrat’s Tom Lee stated that the price of bitcoin will likely surpass the $40,000 margin by the end of 2018, and achieve a $1 trillion market cap.

And let us not forget that big names such as John McAfee and James Altucher are predicting that the price of Bitcoin will eventually reach one million dollars.

I don’t know which side will ultimately prevail, but it will be a lot of fun to watch how everything plays out.