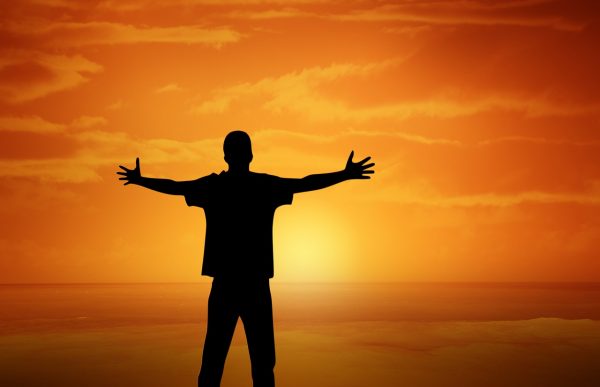 Sonja Craighead is a wonderful sister in the Lord, and she has been seeking the Lord about what is coming for America.  Previously, I told you all about the 17 page letter that she sent to my wife and I which detailed visions that the Lord gave to her between November 21, 2016 and December 7, 2016.  In those visions, she saw many things, including a large number of dead cattle in Nebraska and crops being ruined by flooding in Iowa.  Of course both of those things came to pass earlier this year.

Now Sonja is warning that the coming months will be a “summer of change”.  This is exactly what I received from her earlier today…

The Lord has been silent to me for quite a while. I’ve gone to Him in prayer for over two years asking for His continued direction and guidance. I’ve heard Him repeat instructions from the past to me, but nothing much new. Most of what I’ve heard the past couple of years, are things that He’s already shown and told me to warn His American remanent that is soon coming.

A few weeks ago, out of the blue, I started repeating to myself and out loud, “…..give us this day our daily bread.” It still is continuing to be upmost on my heart and mind. I’ve gone to G-d asking for a deeper meaning and understanding than what I currently have to this partial scripture. I’m understanding that we are soon coming into that time when for each of us, each day, we will need to go to our Father asking each day that our physical needs for SAFE food be met. Regardless of if we have prepared or not, and to what level we have prepared, each of us will still need to go to our Father each day for SAFE food sustenance, or we will not make it. The US food supply is contaminated. We are seeing more and more recalls in the food industry, in every category of food. Food that is tainted and unsafe to consume line our supermarkets, delis, convenience stores’ shelves, as well as they are being served in restaurants and school lunch programs across our nation. Genetically modified foods aren’t even legally being made to label their products that they are genetically modified and a food safety risk. Meanwhile many other countries ban genetically modified foods from even entering their countries, for being dangerous. As long as foods are pleasing to the eye, and tasteful and filled with delicious aromas, most Americans seem unconcerned with food safety. Added to this huge problem is that due to chaotic and extreme weather, our American farm crop, veggies and fruits, and the USDA livestock industry has been devastated so far in 2019. Millions of cattle, hogs, lambs, and poultry have frozen and drown and 2019 still isn’t half over. Many US farmers are unable to plant their fields with crops in 2019 because their fields still are underwater due to unprecedented flooding. Few Americans seem to take to heart the seriousness of all of this. When the fall 2019 US harvest comes in, what will we do when food prices suddenly jump due to shortages? Don’t wait until skyrocketing food prices hit, get on your knees now and pray to G-d, “….give us this day our daily bread…” Ask G-d NOW for discernment on which foods that you have access to are safe and which to avoid, regardless of how beautiful and delicious they look. Consider prayerfully as a family whether to use family funds that have been set aside for this summer’s family vacations, to be used for possibly family time spent together buying and canning a few extra SAFE foods from your local organic, non genetically modified Farmer’s Markets this summer.

We are in a summer and season of change. All of us need to change in this summer season of 2019. The normalcy of our lifestyles as they are, are not enough for G-d to be able to effectively use us for the purposes that He has ordained for us. We need to slough off the dregs of the world that all of us still have within us, and as we give up living in our prideful, selfish, worldly ways, G-d becomes more a part of who we are. We cannot have both. We cannot mix the holy with the profane. Our choice to be spiritually obedient will be apparent in the fruit that we produce. Too many of us say we are living for G-d, but the truth is, we still are living our lives in worldly ways, while worshipping a watered down, profane, and inaccurate faith in a god that isn’t the true G-d of scripture. Only after we repent with a heart willing to live righteously for G-d’s will, not ours, can He use us for the purpose that He has placed us on the earth at this time in history for. Many families will split because most will not be willing to give up compromise. (Matt. 10:37) We must always love our family members, but never put our relationship with any family member above our own walk and relationship with G-d. Be careful of this very hidden and deceitfully hidden spiritual compromise.

In the national news since early March 2019 the weather has wreaked havoc throughout the US. It’s not over. I’ve asked G-d about hurricanes for 2019 and have gotten no answers. I’ve not asked about fires, but without asking I’ve been shown by
G-d fires that are going to be devastating again in 2019. Ask G-d to put a wedge of protection upon you and your family to keep them safe from fires in 2019 and on into 2020.

There has been released a blindness and deafness on all of G-d’s children to sleep through the time of both physical and spiritual preparation and obedience. Wake up and repent! Follow G-d’s word and scriptural teachings, not the American false religion of compromise.
Time is shorter than most realize.

There is more to come of the 2019 summer of change, the spiritual compromise that G-d is asking each of us to leave behind and repent of, and the coming of splitting of families. G-d has me waiting to share any more of what He’s showing me until later this summer. Please pray for one another, so that all of us may become more obedient to scripture and be comforted and protected by Yahweh Himself in the days ahead. Blessings upon each of you. May the G-d of our Salvation keep each of us.

Kol Tuv (Hebrew – All the Best)