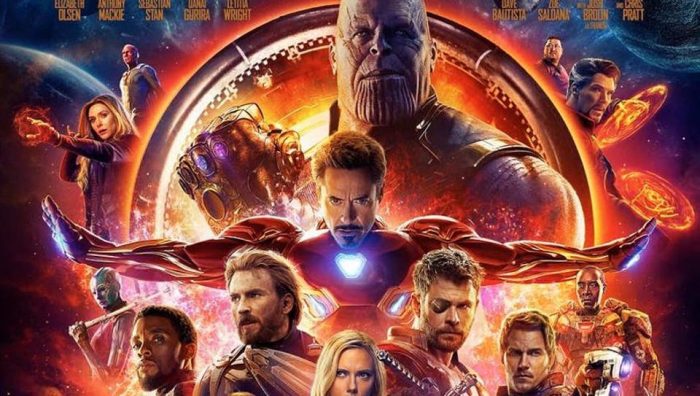 “Thanos did nothing wrong” has become one of the most common mantras on the Internet in recent days, and it just sparked one of the biggest events in Reddit history, but most people still don’t understand what all of the commotion is about. So let me try to break it down very simply. In the most recent Avengers movie, the story centers around a super-villain named Thanos that intends to wipe out half of all life in the universe. He does not want to do this just to be evil, but rather his plan is to get population growth under control so that those that remain will be able to enjoy happy, sustainable lives. If that sounds uncomfortably close to something that you have heard before, that is because it is. Population control is a major theme on the radical left, and many of them truly believe that humanity’s population must be greatly reduced “to stop global warming” and “to save the planet”. In the film, Thanos truly believes that he is doing the right thing, but since he is the villain everyone in the audience is theoretically supposed to be rooting for him to be defeated. But instead of being universally hated, Thanos has become the big breakout star from this movie. Large numbers of people are insisting that “Thanos did nothing wrong” and are embracing his population control philosophy.

Of course population control is not exactly a new idea. It was one of the main reasons why ancient civilizations conducted human sacrifice rituals, and several centuries ago it was given a more modern spin by Thomas Malthus. So the truth is that the philosophy that Thanos is promoting is simply “repackaged” for a new generation, and this is a point that G. Shane Morris made in an article earlier this year…

“Infinity War” casts its big baddie as a champion of yet another progressive pet cause: Population control. Thanos, who has teased audiences with sinister grins and cryptic statements in years of after-credit scenes, has finally revealed his true motive: He wants to wipe out half the galaxy’s population to make sure the other half has plenty to eat.

We watch during his obligatory villain speech as Thanos explains why he needs the power of the Infinity Stones: to teleport from planet to planet, killing billions in order to defuse the population bomb that desolated his home world. He does so on the assumption that Thomas Malthus first propounded: that each species has limited resources at its disposal, and the only way to keep from exhausting them is to check population growth.

The movie has been out for several months now, but the debate about Thanos has really heated up in recent days. July 9th was one of the biggest days in Reddit history, and it was because of a “mass culling” on the r/ThanosDidNothingWrong subreddit. This “mass culling” was actually called for by members of the subreddit in order to “honor” Thanos. The following comes from Business Insider…

Like the “Avengers: Infinity War” villain himself, the Thanos subreddit r/ThanosDidNothingWrong sought perfect balance among its more than 700,000 members, up from the 200,000 subscribers it had last week.

The online community began banning over 300,000 of its members at 5:00 PM PDT sharp on Monday, in a purge that was actually planned weeks in advance — a purge that was, indeed, instigated by its own members, who cheered the culling as honoring their hero, Thanos.

Originally, the moderators of the subreddit were hesitant when the idea was first suggested. Back on June 29th, one of them asked, “You seriously want us to ban half of the subreddit?”

The members of the subreddit kept insisting, and the idea quickly became viral. Once word got out that there would actually be a “mass culling”, membership in the subreddit climbed to more than 700,000…

Thus the great project was born. The moderators of r/ThanosDidNothingWrong had to get permission from Reddit admins to go through with the ban, and then they had to automate the process. As word of the upcoming ban spread, hundreds of thousands of Reddit users flocked to join r/ThanosDidNothingWrong just so they’d have a chance to get ousted. By the time ban day rolled around, over 700,000 users had subscribed — making the culling by far the largest “dusting,” or mass ban, in Reddit history.

When the process began late Sunday night, it was making headlines. Infinity War directors the Russo brothers even took part in the exercise, with Anthony Russo joining in the sub’s preliminary festivities. The ban process was also live-streamed on Reddit’s official Twitch account — and none other than Thanos himself, an inexplicably shirtless Josh Brolin, was on hand to snap the ban into existence.

I understand that a lot of young people are just having fun with this, but ultimately population control is not something that we ever want to celebrate.

There really are global elitists that consider “human overpopulation” to be a “plague” on the planet that needs to be dealt with. They are truly convinced that climate change is the number one threat that the globe is facing, and they have identified human population growth as the primary driver of climate change.

And so they really do want to reduce the population in order to “save the planet”. For much more on this, please see my previous article entitled “46 Population Control Quotes That Show How Badly The Elite Want To Wipe Us All Out”.

About 50 years ago, Paul Ehrlich wrote a book entitled “The Population Bomb” in which he breathlessly warned about what would happen during the decades to come if humanity’s population continued to grow.

Well, humanity’s population did continue to grow, and none of his prognostications turned out to be accurate.

But now the same philosophy has been rebranded and repackaged for a new generation, and young people are eating it up.

When a substantial portion of the population decides that the solution to our problems is to get rid of large numbers of people, that sets the stage for mass genocide. We have seen this happen before in human history, and it must not happen again.