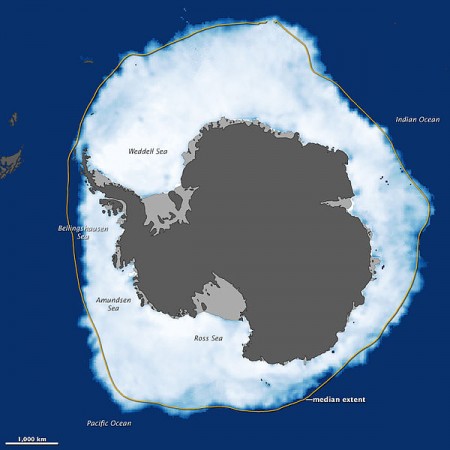 The sea ice surrounding Antarctica, which, as I reported in my book, has been steadily increasing throughout the period of satellite measurement that began in 1979, has hit a new all-time record high for areal coverage.

The new record anomaly for Southern Hemisphere sea ice, the ice encircling the southernmost continent, is 2.074 million square kilometers and was posted for the first time by the University of Illinois at Urbana-Champaign’s The Cryosphere Today early Sunday morning.