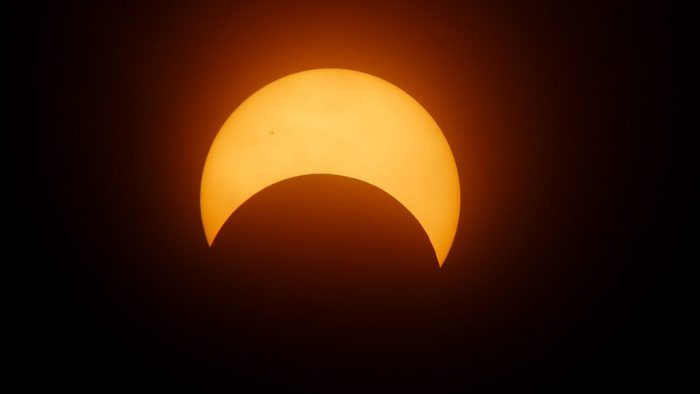 Have we now entered a time of major financial shaking? On Thursday, the Dow Jones Industrial Average was down 274 points. The was the largest decline for the Dow since May, and high yield bonds were down dramatically as well. Many are blaming the terror attack in Barcelona and “instability in the White House” for the downturn, but could “eclipse fever” also be a factor? The closer that we get to the solar eclipse on August 21st, the weirder people seem to be getting. You will see what I am talking about below.

But first let’s talk about the financial markets. I have been warning that stocks are massively overvalued for quite a while now, and it turns out that the Federal Reserve very much agrees with me…

“Since the April assessment, vulnerabilities associated with asset valuation pressures had edged up from notable to elevated, as asset prices remained high or climbed further, risk spreads narrowed, and expected and actual volatility remained muted in a range of financial markets.”

Even the Fed is warning that we are in a bubble, and it is just a matter of time until that bubble bursts.

And anyone that is paying attention should be able to see the red flags all around us. In fact, we have just witnessed the most “Hindenburg Omens” that we have seen since November 2007. The technical indicators are absolutely screaming that a major downturn is dead ahead, and John P. Hussman is encouraging everyone to be cautious and to “consider watching from a safe location”…

We shall see what happens, but I tend to very much agree with Hussman.

Meanwhile, the closer that we get to August 21st, the crazier people seem to be getting. The following comes from USA Today…

As citizen scientists collectively nerd-out ahead of Monday’s total solar eclipse, rogue observers of the spooky and weird are generating theories that the celestial event could usher in aliens, boost sightings of “interdimensional” creatures and perhaps even plunge us toward world destruction.

None of those things are going to happen, but there are some very odd things about this eclipse that are definitely worth noting.

I also find it very interesting how much the number “33” is associated with this eclipse. The following are just a few examples…

This solar eclipse is highly unusual for so many reasons and it occurs just 33 days before what may very well be the Great Sign. It begins in the 33rd state, ends at the 33rd parallel, and occurs on the 233rd day of the year, which is 33 weeks and 2 days into 2017. The eclipse will take 1 hour and 33 minutes to cross the country and occurs 133 days (inclusive) before the end of 2017.

And of course this solar eclipse begins a period of 40 days which will end with Yom Kippur on September 30th. The following is an excerpt from a Charisma News article authored by Ron Allen which I think has some really good insights…

Teshuvah, the 40-day Jewish season of repentance, literally means to return to the presence of God, and is a time of introspection and a reminder of judgment. It begins on the first day of the sixth month known an Elul, and the solar eclipses that occur on Teshuvah add to the meaning of Teshuvah. The Teshuvah eclipses are signs of coming judgment, like the Trumpets eclipses, but they are also signs of unity in the presence of God. Thus, the Teshuvah eclipses are both an invitation to return to God and a warning of judgment.

During the totality of the eclipse, the sky will become dark and the stars will become visible. Right next to the eclipse, only 1.5 degrees away, the brightest star in the judgment constellation Leo (the lion), Regulus (treading under foot) reminds us that Christ, the lion of Judah, will put His enemies under His feet (1 Cor. 15:25). Southeast of the eclipse, the planet Mercury, the morning star laid low symbolic of Satan, will appear under the feet of Leo, adding to the warning of judgment.

So is this solar eclipse actually a warning that America should repent?

Many Christian leaders all over the nation believe that this is the case. In fact, Billy Graham’s own daughter, Anne Graham Lotz, is one of them…

In light of Ezekiel 33:1-6 that commands a watchman to be faithful to warn others of the danger coming against the land, I feel compelled to issue the warning once again. The warning is triggered by the total solar eclipse of Aug. 21, 2017, nicknamed “America’s Eclipse.” For the first time in almost 100 years, a total solar eclipse will be seen from coast to coast in our nation. People are preparing to mark this significant event with viewing parties at exclusive prime sites. The celebratory nature regarding the eclipse brings to my mind the Babylonian King Belshazzar, who threw a drunken feast the night the Medes and Persians crept under the city gate. While Belshazzar and his friends partied, they were oblivious to the impending danger. Belshazzar wound up dead the next day, and the Babylonian empire was destroyed.

I do not know what will happen before, during or after the eclipse, but I do know that America is in very deep trouble.

If we continue on the path that we are currently on, there is no future for our nation.

Unfortunately, most Americans aren’t listening to the warnings. Most people simply assume that America is far too powerful to ever fall, and they see absolutely no reason why we need to change our ways.

Hopefully we can get America to wake up, because time is rapidly running out.