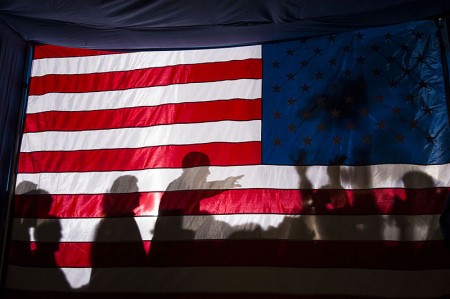 The Middle East that Obama inherited in 2009 was largely at peace, for the surge in Iraq had beaten down the al Qaeda-linked groups. U.S. relations with traditional allies in the Gulf, Jordan, Israel and Egypt were very good. Iran was contained, its Revolutionary Guard forces at home. Today, terrorism has metastasized in Syria and Iraq, Jordan is at risk, the humanitarian toll is staggering, terrorist groups are growing fast and relations with U.S. allies are strained.

How did it happen? Begin with hubris: The new president told the world, in his Cairo speech in June 2009, that he had special expertise in understanding the entire world of Islam—knowledge “rooted in my own experience” because “I have known Islam on three continents before coming to the region where it was first revealed.” But President Obama wasn’t speaking that day in an imaginary location called “the world of Islam;” he was in Cairo, in the Arab Middle East, in a place where nothing counted more than power. “As a boy,” Obama told his listeners, “I spent several years in Indonesia and heard the call of the azaan at the break of dawn and the fall of dusk.” Nice touch, but Arab rulers were more interested in knowing whether as a man he heard the approaching sound of gunfire, saw the growing threat of al Qaeda from the Maghreb to the Arabian Peninsula, and understood the ambitions of the ayatollahs as Iran moved closer and closer to a bomb.

Obama began with the view that there was no issue in the Middle East more central than the Israeli-Palestinian conflict. Five years later he has lost the confidence of both Israeli and Palestinian leaders, and watched his second secretary of state squander endless efforts in a doomed quest for a comprehensive peace.