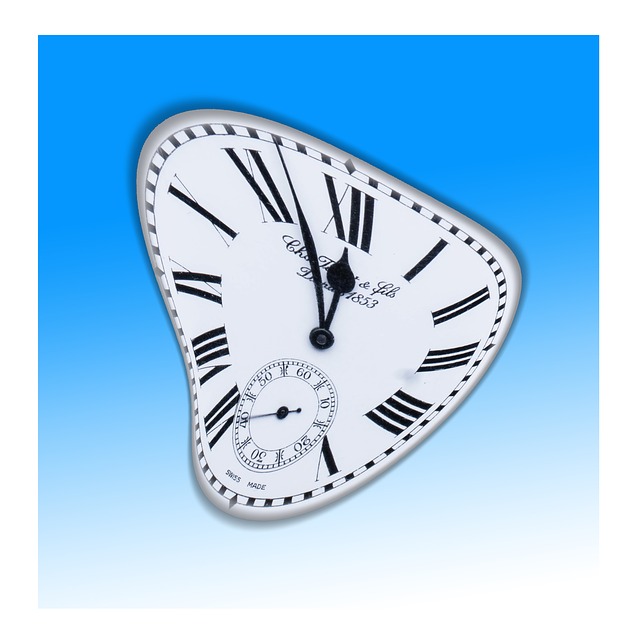 Why does the Russian media seem to be far more on the ball than the mainstream media in the United States much of the time? Could it be possible that Russian reporters have more freedom to talk about important issues than reporters that work for the major corporate conglomerates in the United States do? Of course the Russian media is far from perfect. They put out pro-Russian propaganda just like the U.S. media puts out pro-American propaganda. But I must admit that I often find that Russian news sources are willing to tackle controversial issues that the mainstream media in the United States would not touch with a ten foot pole. This includes the critical events that are coming up this September.

Even after everything that has been said and written in the alternative media about what is going to happen during September, most Americans are still completely ignorant about the history changing events that are going to take place next month.

First of all, the most important template for global governance that the United Nations has ever dreamed up is going to be launched at a major conference from September 25th to September 27th. The launching of this “new universal agenda” is such an important event that the Pope is going to be traveling to New York City to give the address that will kick off this conference. This new plan is known as “the 2030 Agenda“, and it is being called “Agenda 21 on steroids”. This is one of the most significant steps toward global government in the history of the world, and yet the mainstream media in the United States is saying virtually nothing about it.

Secondly, we also know that a major push for the establishment of a Palestinian state is being planned for September. It has been widely reported by the international media that France plans to submit a UN Security Council resolution which would formally recognize a Palestinian state for the first time ever. This is one of the most critical moments in the modern history of the Middle East, and yet the mainstream media in the United States is saying virtually nothing about it.

In September we also have the end of the Shemitah year, the fourth blood moon, and the end of the Jade Helm exercises. All over the Internet there is rampant speculation about a major stock market crash, devastating natural disasters and the weird “coincidences” that are pointing to the date of 9/23.

And even though articles and videos that discuss all of these things are going viral all over the Internet, the mainstream media in the United States has been strangely silent about all of it.

Fortunately, there are international news sources out there that are willing to address these topics, and some of them just happen to be in Russia.

When I first came across Sputnik News, I didn’t quite know what to make of it. At first I thought that it might be some random blogger that had started up a news website and had chosen a really bad name. But it turns out that it is actually fully owned and operated by the government of Russia. The following comes from Wikipedia…

Sputnik is an international multimedia news service launched on 10 November 2014 by Rossiya Segodnya, an agency wholly owned and operated by the Russian government, which was created by a Decree of the President of Russia on 9 December 2013.[1] Sputnik replaces the RIA Novosti news agency on an international stage (which remains active in Russia)[2] and Voice of Russia.

And I have to admit that Sputnik News is willing to address many things that the corporate-controlled media in the U.S. simply will not touch. For example, the following is from a recent Sputnik article about the financial crash that is coming this fall…

The founder of Trends Research, who predicted the “panic of 2008,” believes that soon we will witness the crash of a global stock market and predicts “the economic earthquake [that] will send reverberations around the world”.

“There’s going to be panic on the streets from Wall Street to Shanghai, to the UK down to Brazil.” Celente told King World News. “You’re going to see one market after another begin to collapse.”

Analyst Larry Edelson took the fear to the next level as he even predicted the exact day the catastrophe begins, or, as he called it, a “rollercoaster ride through hell.”

“On October 7, 2015, the first economic super cycle since 1929 will trigger a global financial crisis of epic proportions.” He said.

“It will bring Europe, Japan and the United States to their knees, sending nearly one billion human beings on a roller-coaster ride through hell for the next five years. A ride like no generation has ever seen.”

RT is another Russian news outlet that I find to be superior to U.S. news organizations in a lot of ways. In one recent article, RT was even willing to discuss the coming end of the Biblical Shemitah year in September…

Indeed, the hysteria over next month has reached such a fever pitch that even seasoned experts are cracking open their dusty Bible for signposts.

The seventh year of the Biblical agricultural cycle – as set down in the Torah – just happens to fall on September 15, 2015. This is a real millennial event, with a so-called tetrad of blood moons (four consecutive lunar eclipses) all falling on Judaic religious days. For those who track such astrological occurrences, a number of major events have occurred at the end of the “7-year business cycle,” as it is now commonly known.

In 2008, for example, the world suffered its worst financial crisis in decades, while in September 2001 the United States experienced the worst-ever terror attack on its territory, as well as a massive sell-off on Wall Street when markets reopened on Sept. 17.

Whatever the case may be, Americans – increasingly wary of the weak underbelly of their economy – are gearing up for fireworks in September. But even if nothing happens, all that prepping and stockpiling – much like in the runup to the overhyped Y2K non-event – will certainly boost economic performance across the board.

And if you can believe it, even Pravda has talked about what is coming up this September.

When I was growing up, Pravda was regarded to be the official voice of the evil empire. Whatever Pravda reported back in those days was generally thought to be pro-Soviet propaganda. And that was generally true at that time. But today, Pravda has a lot more freedom to discuss the issues that really matter than a lot of U.S. news outlets do. For instance, earlier this year Pravda also discussed the potential for a financial apocalypse in September…

Again, 2001 brought social conflict, financial calamity and it was the pivot point that triggered a cascade of negative events that would go on for years, including the wars in Iraq and Afghanistan.

Another 7- year period would elapse and bring us to Sept. 29, 2008. On this infamous day stocks skidded, with the Dow slumping nearly 777 points, the biggest single-day point loss ever. Approximately $1.2 trillion in market value vanished in a twinkling.

Again, seven years to the month exactly from the 2001 crash. But apparently no one noticed this pattern because the financial presstitute corps never mentioned it.

Why won’t the mainstream media in the United States talk about these things?

Is it because they are too busy talking about issues that are even more important?

Of course not. Just consider some of the top headlines from the front pages of major U.S. news outlets on Monday…

-“Florence Henderson to join final ‘Dancing with the Stars’ cruise”

-“McMansions are back — and they’re bigger than ever”

That is some top notch journalism right there. With such cutting edge topics to deal with, no wonder the U.S. media has no time to talk about the earth shattering events that are coming up next month.

So what do you think about the current state of the mainstream media in the United States? Please feel free to share what you think by posting a comment below…