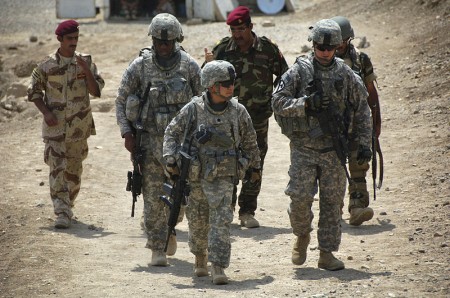 The US Air Force kicked Christian Gideon’s volunteers off base in March.
The Bibles were too offensive and violated the separation of church and state rule.

But US military personnel are expected to adhere Islamic practices during Ramadan.
Stars and Stripes reported:

U.S. personnel accustomed to drinking their coffee on the drive to work will have to put that habit on hold for about a month. It’s one of a few lifestyle changes Americans will have to make during the holy month of Ramadan.

Ramadan is the ninth month of the Islamic calendar. Officials expect Ramadan to begin at sunrise on Saturday, depending on when the new moon is sighted. The holy month lasts for approximately 30 days — until about July 28. For Muslims around the world, Ramadan is a month of fasting and devotion to God. Most Muslims fast from dawn to sunset, when families gather for Iftar — the meal that breaks the fast.

For the 8,200 U.S. personnel living here, and those serving throughout the U.S. Central Command area of responsibility — including servicemembers, civilian personnel, contractors and family members — the month may require changing some daily routines.