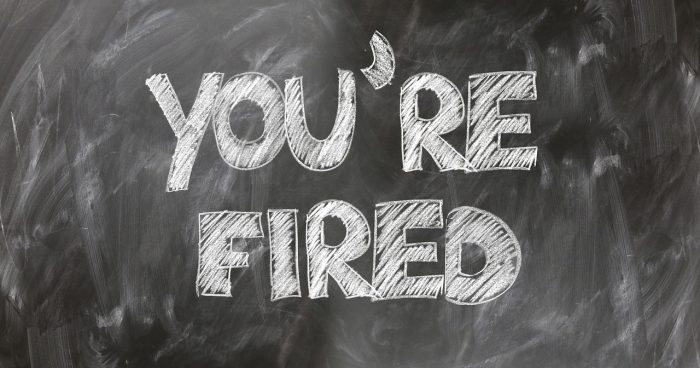 The Federal Reserve is responsible for creating the stock market boom that we have witnessed in recent years. Are they now also setting the stage for a stock market bust? After hitting an all-time high earlier this year, the Dow has plunged more than 3,000 points from the peak of the market, and it would appear that it would be extremely irresponsible for the Fed to raise interest rates in such a chaotic environment. In addition, evidence continues to mount that the U.S. economy is slowing down, and everyone knows that raising interest rates tends to depress economic activity. So it would seem that it would not be logical for the Federal Reserve to raise interest rates at this time. In fact, economist Stephen Moore told Fox Business that if the Fed raises interest rates “they should all be fired for economic malpractice”…

“The Fed has been way too tight. They made a major blunder three months ago with raising the rates. It’s caused a deflation in commodity prices. And I will say this, David, if the Fed raises interest rates tomorrow they should all be fired for economic malpractice.”

If the Federal Reserve raises interest rates and indicates that more rate hikes are coming in 2019, it is quite likely that the markets will throw another huge temper tantrum.

But as Jim Cramer has noted, if the Federal Reserve make the right choice and leaves rates where they currently are, we could potentially see a significant market rally…

“Today was a dress rehearsal for the kind of rally we can get if the Fed does the right thing tomorrow and repudiates the idea that we need a series of rate hikes in 2019, not just one more tomorrow,” Cramer said Tuesday. “If we get the Fed on board, expect more positive action like we had this morning before the market gave up much of its gains.”

Unfortunately, there is a factor that is complicating things.

In recent weeks, President Trump has been extremely critical of the Federal Reserve and Fed Chair Jerome Powell. If the Fed decides to leave interest rates where they are, that could be interpreted as them giving Trump exactly what he wants, and it is likely that they do not want to be viewed as siding with Trump.

This is yet another reason why we need to end the Fed. The Fed has become just another player in the game of politics, and the truth is that the Federal Reserve is a deeply un-American institution. Our founders intended for us to have a free market capitalist system, but instead we have an unelected panel of central planners setting our interest rates and running our economy.

Since the Federal Reserve was created in 1913, there have been 18 major economic downturns, and now we are heading into another one. Central banking manipulation endlessly causes boom and bust cycles, and hopefully this time around the American people will finally decide that enough is enough.

As losses on Wall Street mount, hedge funds are starting to go down like dominoes, and that is going to cause huge problems for some of our largest financial institutions. For example, we just found out that Citigroup could potentially lose 180 million dollars due to bad loans that it made to a prominent Asian hedge fund…

It’s not just hedge funds that are blowing up left and right: so are the banks that are lending them money.

Citigroup is facing losses of up to $180 million on loans made to an unnamed Asian hedge fund which saw major losses on its FX trades Bloomberg reports citing a person briefed on the matter. The hedge fund and Citi “are in discussions on the positions and how they should be valued” which is usually a bad sign as when it comes to FX the mark to market is, at least, instantaneous. Bloomberg adds that the situation is fluid and the eventual losses may end up being smaller depending on how the trades are unwound.

We haven’t seen anything like this in 10 years, and if the Fed raises interest rates this new financial crisis could begin to escalate quite rapidly.

At this point, even former Fed chair Alan Greenspan is urging investors to “run for cover”…

The former Federal Reserve chairman who famously warned more than two decades ago about “irrational exuberance” in the stock market doesn’t see equity prices going any higher than they are now.

“It would be very surprising to see it sort of stabilize here, and then take off,” Greenspan said in an interview with CNN anchor Julia Chatterley.

He added that markets could still go up further — but warned investors that the correction would be painful: “At the end of that run, run for cover.”

The markets were calmer on Tuesday because everyone was kind of waiting to see what the Fed would do on Wednesday.

The decision should be obvious, but unfortunately things are never that simple.

We live in very uncertain times, and the shaking of our financial system has begun.