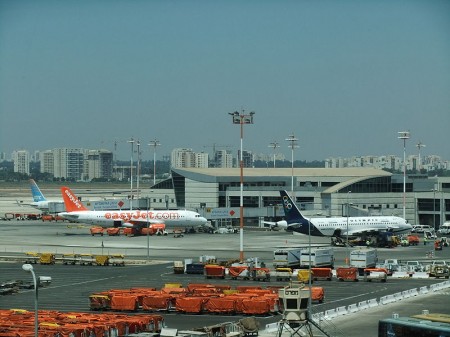 The Federal Aviation Administration extended its ban Wednesday on U.S. airlines’ flights to and from Tel Aviv, Israel, for another 24 hours.

“The agency is working closely with the government of Israel to review the significant new information they have provided and determine whether potential risks to U.S. civil aviation are mitigated so the agency can resolve concerns as quickly as possible,” the FAA said in a statement.

The FAA did not detail what the “significant new information” is. But the Israeli government told CNN that Tel Aviv Ben Gurion International Airport is safe from any rocket attack by militants in Gaza.

The US denies that a ban on US airliners flying to Tel Aviv and a stark US travel warning are ploys to push Israel to agree a Gaza truce.

“I would wholly disagree with that argument,” deputy State Department spokeswoman Marie Harf said, when asked if the two directives were a political move to put pressure on Israelis.

“We issued travel warnings because one of our top priorities is protecting US citizens overseas,” she told reporters on Tuesday.

“This is a step we have taken when we’ve felt the situation on the ground warranted it. Obviously that is a process that we go through, that in no way is policy related or politically related.”

Despite deep links between Americans and Israel, the State Department on Monday warned all US citizens against travelling to Israel, the West Bank or Gaza because of “ongoing hostilities”.

But the State Department was not involved in the decision by the Federal Aviation Administration (FAA) to bar US airliners from flying to Tel Aviv’s Ben Gurion airport for the next 24 hours.