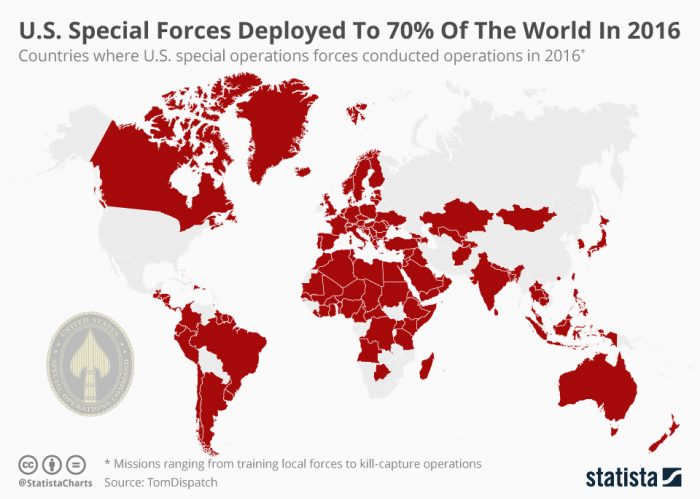 U.S. Special Operations Command launched a raid in Yemen’s Baida Province on Jan 29, targeting Qassim al-Rimi, the leader of Al-Qaeda in the Arabian Peninsula. The first high-profile special forces operation of Trump’s presidency, the raid resulted in the deaths of at least 14 Al Qaeda fighters, 20 civilians and Navy SEAL William “Ryan” Owens. Three other Americans were reportedly wounded and an Osprey tilt-rotor aircraft was destroyed by U.S. forces after it was heavily damaged in a forced landing. Over the past few days, it has emerged that al-Rimi survived the raid and he has subsequently released an audio message taunting President Trump.

Special forces operations like the one in Yemen are nothing new. America’s elite troops have found themselves on the frontlines constantly since 9/11, conducting operations everywhere from the dusty back alleys of North Africa to the snow-capped mountains of Afghanistan.

You will find more statistics at Statista