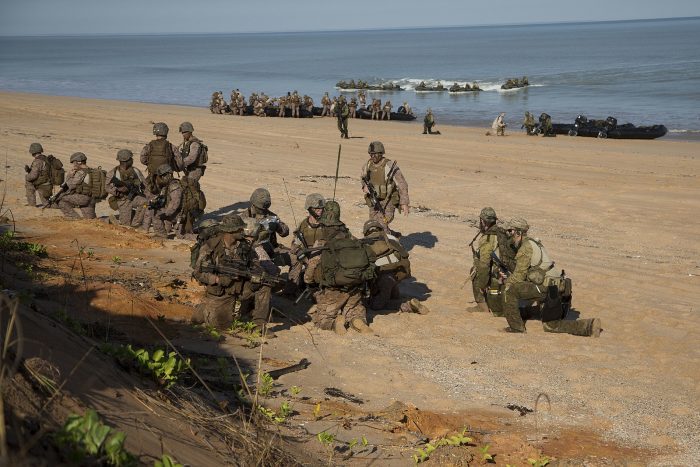 Is the United States about to be dragged into another pointless war that will drag on for years? Have we learned nothing form the wars in Vietnam, Afghanistan and Iraq? When Juan Guaido boldly declared himself the new leader of Venezuela during an opposition rally on January 23rd, everybody realized that something was up. There is no way that he ever would have done that unless he knew in advance that the United States was going to publicly back him. And when John Bolton appeared at a White House briefing with “5,000 troops to Colombia” scribbled on a yellow note pad, it became exceedingly clear what was about to happen. Diplomatic pressure would be used to try to force Venezuelan president Nicolas Maduro from power, but if that didn’t work then regime change would be achieved by force.

Maduro has seen this playbook before, and he has told the Venezuelan people that if “the North American empire attacks us, we will have to defend ourselves”. He is officially freaked out, and for good reason.

The push toward war is officially on, and over the weekend Donald Trump told CBS reporter Margaret Brennan that sending U.S. troops to Venezuela is “an option” that is being considered…

MARGARET BRENNAN: What would make you use the U.S. military in Venezuela? What’s the national security interest?

PRESIDENT DONALD TRUMP: Well, I don’t want to say that. But certainly it’s something that’s on the – it’s an option.

Yes, Nicolas Maduro is an absolutely horrible leader, but do we get to overthrow the governments of other countries just because we don’t like who is in charge?

And how would you feel if somebody else decided to attack us because they don’t like who is in the White House?

The U.S. was the first major power to recognize Juan Guaido as the “legitimate” president of Venezuela, and now the UK and most other European nations have also backed Guaido.

But Russia and China continue to back Maduro, and so that sets up a very interesting situation.

Will the western powers go ahead with their plans for regime change even though the international community is divided?

In particular, Russia has a very strong incentive to keep Maduro in power. The following comes from Zero Hedge…

“Russia is now so deeply invested in the Maduro regime that the only realistic option is to double down,” writes senior fellow at the Carnegie Moscow Center Alexander Gabuev.

He details in a Financial Times op-ed that Moscow-based state oil giant Rosneft owns two offshore gas fields in Venezuela and further has “stakes in assets boasting more than 20m tonnes of crude.” But as embattled President Nicolas Maduro faces US-led efforts to oust him in favor of opposition leader Juan Guaido, billions are on the line for Moscow making its interest in preserving the regime run deep.

So just like in Syria and Ukraine, the U.S. and Russia once again find themselves on opposite sides in a very tense conflict.

This crisis could end very quickly if Maduro steps down, but that isn’t going to happen. In fact, he was quite defiant when the major European powers decided to recognize Guaido…

He also rejected European calls for elections, saying: “We don’t accept ultimatums from anyone. I refuse to call for elections now – there will be elections in 2024. We don’t care what Europe says.”

“Stop. Stop, Trump! Hold it right there! You are making mistakes that will leave your hands covered in blood and you will leave the presidency stained with blood,” Maduro warned during a combative interview with the Spanish journalist Jordi Évole. “Why would you want a repeat of Vietnam?”

That certainly doesn’t sound like someone that intends to throw in the towel. Maduro has the Venezuelan military and the Venezuelan police solidly behind him, and former State Department official Eric Farnsworth thinks that it is unlikely that Maduro will leave without violence…

“If people are not prepared to take steps designed to support the nascent Guaido government, this could flop and that would be a huge setback,” Farnsworth said. “Does that mean the ultimate answer is U.S. troops? I don’t think that’s a healthy conversation to have. If Maduro wants to have U.S. troops at his doorstep, he’ll start targeting U.S. citizens.”

Farnsworth said the only scenario where Maduro is pressured to leave without violence involves Russia and China becoming convinced that Maduro’s potential successor would be better for them than the status quo and working with the international community on a transition plan. Russia and China continue to recognize Maduro, and Russia has sent aircraft to Venezuela amid reports that Maduro is looking to remove gold reserves from the country.

If the U.S. wants Guaido to be successful, he is going to need military help, and that would mean a full-blown invasion of Venezuela.

A full-blown invasion of Venezuela would be an ugly, bloody war. Without a doubt, the U.S. would ultimately win, but global opinion would turn against us very rapidly just like it did during the wars in Vietnam, Afghanistan and Iraq.

We live at a time of wars and rumors of wars, and hopefully this will just turn out to be one of those rumors.

Because going to war with Venezuela is one of the stupidest ideas that I have heard in a very long time, and President Trump must not do it.