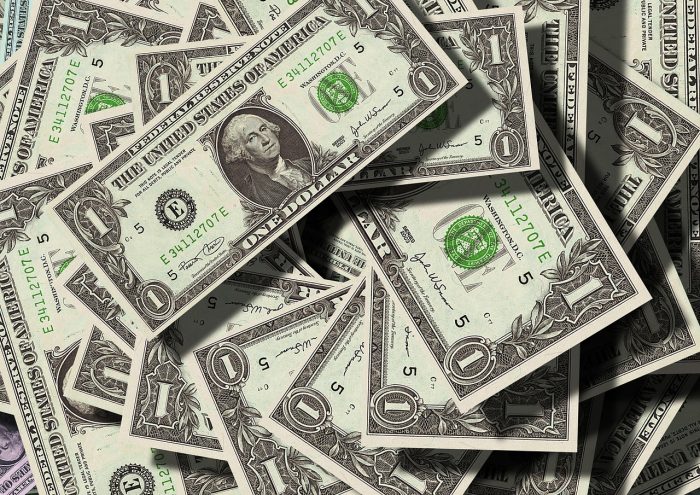 The U.S. national debt is wildly out of control, and nobody in Washington seems to care. According to the U.S. Treasury, the federal government is currently $21,933,491,166,604.77 in debt. In just a few days, that figure will cross the 22 trillion dollar mark. Over the last 10 years, we have added more than 11 trillion dollars to the national debt, and that means that it has been growing at a pace of more than a trillion dollars a year. To call this a major national crisis would be a massive understatement, and yet there is absolutely no urgency in Washington address this absolutely critical issue. We are literally destroying the financial future of this nation, but most Americans don’t seem to understand the gravity of the situation that we are facing.

The Congressional Budget Office projects that the national debt and interest on that debt will both explode at an exponential rate in future years if we stay on the path that we are currently on. According to the CBO, the federal government spent 371 billion dollars on net interest during the most recent fiscal year…

In fiscal 2018, the government spent $371 billion on net interest, while the Defense Department budget was $599 billion. Social Security benefits cost $977 billion, Medicare $585 billion and Medicaid $389 billion, according to the CBO estimates.

But the CBO said interest outlays’ rate of growth in fiscal 2018 was faster than that for the three mandatory federal programs: Social Security (up $43 billion, or 5 percent); Medicaid (up $14 billion, or 4 percent); and Medicare (up $16 billion, or 3 percent). In comparison, net interest on the public debt increased by $62 billion, or 20 percent.

The 371 billion dollars that we spent on interest could have been spent on roads, schools, airports, strengthening our military or helping the homeless.

Instead, it was poured down a black hole.

The bigger our debt gets, the more interest we have to pay, and the CBO is projecting that we will add another 12 trillion dollars to the debt during the 2020s…

Washington has been drowning in red ink for years and it’s only going to get a lot worse over the next decade, a fresh government estimate shows.

The U.S. is likely to add $12 trillion in public debt from 2020 to 2029 through a combination of higher government spending and slower economic growth, according to the Congressional Budget Office.

Of course CBO estimates are almost always way too optimistic, and so reality will probably be a lot worse than that.

But if government debt is so bad, why do we just keep on accumulating more of it?

Well, the truth is that government debt always makes the short-term look better. When the government borrows money and spends it into the economy, it increases GDP. In essence, we are sacrificing our long-term prosperity in order for some short-term gain.

Unfortunately, the future always arrives eventually, and our future is looking extremely bleak at the moment.

If we want to turn things around, we should not be afraid to learn from what other countries have done. Switzerland and Sweden have both found a lot of success in managing their budgets by adopting very strict fiscal frameworks…

What magic formula keeps the Swiss and Swedish fiscal houses in order?

But that would require discipline, and that is something that is severely lacking in our nation’s capital right now.

In fact, on the left it has become very trendy to say that the U.S. can never face a debt crisis because we can always “print more money”. Here is one example…

All lending to the U.S. government is done in dollars, and the Treasury controls the supply of that currency. It is literally impossible for America to face a pure debt crisis because it can always print enough money to pay its bills.

Again, that creates its own problems. Doing so would risk significant inflation which would almost certainly harm the country’s credit rating, making future borrowing more expensive. However, America structurally can’t reach a point where it doesn’t have the money to pay its debts; only a point where it prioritizes different concerns.

There is so much wrong with those two paragraphs that I don’t even know where to begin.

First of all, the U.S. Treasury does not control the supply of our currency. The Federal Reserve does, and under normal circumstances more “Federal Reserve notes” do not come into existence unless a corresponding amount of U.S. debt is also issued.

In other words, the process of creating more money also creates more debt. Most Americans simply do not understand that the Federal Reserve system was designed to be a perpetual debt machine, and it is the primary reason why we are now nearly 22 trillion dollars in debt. During my run for Congress, abolishing the Federal Reserve was one of the key issues that I ran on, and we need to continue to educate the American people about these issues.

Because the truth is that the national debt is an existential threat to the future of this nation, and we are systematically destroying the very bright future that our children and our grandchildren were supposed to have.