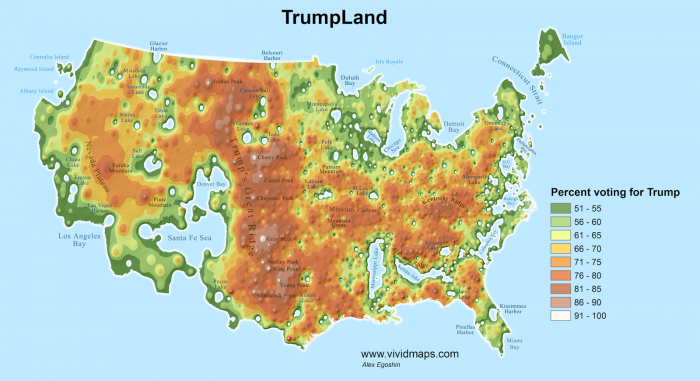 On the eve of the inauguration of Donald Trump as the 45th President of The United States, the following video highlights just how wrong fake news readers were when they laughed and poured scorn on Donald Trump last year when he announced he was running for office.

The video, put together by the Media Research Center, shows just how utterly out of touch the fake news media has become with everyday Americans, most of whom elected Trump because he represents everything that these spoiled elitist wannabes do not.

In June 2015, the fake news media declared that Trump’s campaign would be a “carnival show” and that the GOP primary had turned into “a joke” and a “circus”.

Every bubble-trapped hack in this piece stated that Trump had ZERO chance of winning the Presidency, while in reality he resonated with MILLIONS of Americans.

Watch as smarmy CNN commentator S. E. Cupp declares that she “was howling, HOWLING” with laughter at Trump’s announcement, as CNN anchor Ashleigh Banfield described the announcement as “hilarity run amuck,” and as MSNBC consultant Steve Schmidt said he was “laughing out loud” at Trump’s declaration to become President.

NBC hack Chuck Todd called Trump “a late-night joke,” as well as a “skunk at the garden party,” and a “political streaker.”

Bloomberg’s John Heilemann noted that “For the national press corps and other elites, Donald Trump’s campaign is a pure vanity exercise, and a target ripe for outright mockery, or low-level derision.”