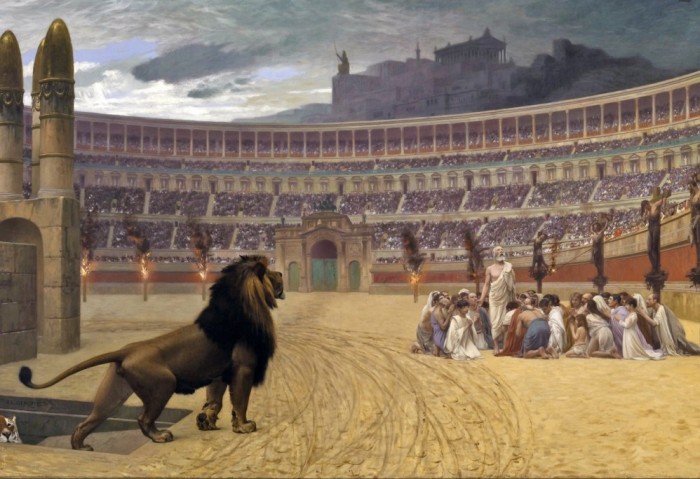 Throwing Christians to the lions to be eaten alive versus forcing them to engage in a series of lawsuits that will devour their financial sustenance or to close shop and remove to a more tolerant jurisdiction are certainly distinct varieties of persecution, and the former much worse than the latter. But both are religious persecution. It seems the West is now determined to hunt down the very religious tradition that has not only sustained but enabled it to vibrantly flourish, all in the name of the equality of man that Christianity was first to declare and establish. In other words, we’re witnessing a slow-moving cultural murder-suicide.

Patrick Reilly of the Cardinal Newman Society discusses in the Wall Street Journal this week only the latest in our recent series of government intrusions upon religion, in the Washington DC City Council’s decision to amend the city’s “Human Rights Act” to require religious K-12 schools and universities to fund and encourage on-campus gay advocacy groups.