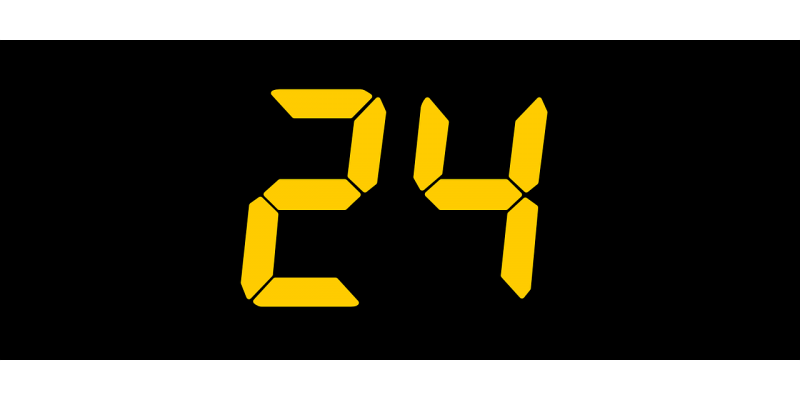 What in the world are they planning to do on September 24th, 2022?  As you will see below, a member of the German legislature is openly warning that September 24th will be a day when everyone will remember “exactly where he or she was”.  Needless to say, those days don’t come along very often.  For those that were alive at the time, the death of John F. Kennedy was one of those days.  And certainly 9/11 was one of those days.  But off the top of my head I can’t really think of too many others.  I can remember what I was doing when Hurricane Katrina hit New Orleans in 2005, and the Russian invasion of Ukraine earlier this year was definitely a major turning point.  Beyond that, there just aren’t too many days that fall into this category.

“Everyone will not forget September 24, 2022 and everyone will know exactly where he or she was”

Why does he believe that September 24th will be so historic?

Video of this clip has been going viral on social media, and you can watch it for yourself right here.

September 24, 2022! The German Legislature said that date will be remembered forever… I know a financial collapse is coming very soon. Is this the black swan event…. Be prepared! https://t.co/BKsv8OcJy9

When the 24th of September was mentioned, you can hear other members of the German legislature react.

Did he reveal something that he wasn’t supposed to reveal?

At this point we don’t know.

Perhaps nothing is planned for September 24th.

Perhaps if we could listen to the remainder of his speech it would be obvious that he is referring to something completely trivial.

The reason why this caught my attention is because I do believe that September 25th and September 26th will be very significant.

This year, Elul 29 begins at sundown on September 24th and it runs until sundown September 25th.

As I detailed in a previous article, we witnessed the worst stock market crash in U.S. history up to that time on Elul 29 in 2001.

That record stood until it was broken precisely 7 years later on Elul 29 in 2008.

Elul 29 fell on a Sunday in 2015, and the stock market is closed on Sundays.  So no record was going to be broken then.

However, we did see a tremendous amount of financial shaking in August and September of that year.

In 2022, Elul 29 once again falls on a Sunday.  So there will be no stock market crash on that day either.

But I will be watching very closely because Rosh Hashanah begins at sundown on Sunday, September 25th.

According to Jewish tradition, one seven year Shemitah cycle will end and a new one will commence once the sun goes down that evening.

So we can’t be too dogmatic about any of this.

With that being said, without a doubt a great number of believers will be on “high alert” as we approach Rosh Hashanah, and James Bailey just had a dream which is quite alarming…

In a dream on August 24, I was speaking with an unseen person and told them, “Nothing will be the same after September 25, 26.”

That was the end of the dream. It was very short but I believe it was a prophetic warning. A few days later, I received another short dream which I believe was instructing me to share this, so that’s what I got and the remainder of this article is my interpretation.

“Nothing will be the same” is the same as saying everything is going to change. Since no limitations were given, I believe the magnitude of these changes will be very big, impacting everything, everywhere and everyone, so we won’t have to wonder whether or not this happens because it will be way too big to miss.

“After September 25, 26,” reveals the start without revealing any ending date, so I think that means these changes will continue indefinitely with no going back to the way things were before.

To a lot of people, it may seem quite strange that two days were mentioned.

And according to Jewish tradition, those 24 hours are the very first day of the new Shemitah cycle.

I completely agree with James that it is entirely possible that nothing of note may happen on that particular date.

Like he said, it could just be a threshold after which nothing is ever the same again.

In any event, I certainly expect the next 7 years to be some of the most chaotic years in human history.

There is one more thing that I wanted to mention before I end this article.

Perhaps this is just a huge coincidence and people are reading way too much into all of this.

That is entirely possible.

But if you had to pick just one figure that represented the entire western world, it would have been her.

And the western world is certainly on the verge of a complete and total collapse.

We are moving into times when we will see catastrophic events happen that most people never even imagined were possible.

All of human history has been building up to a grand crescendo, and we get to be here for it.

Is this month going to be particularly significant?

The appointed times in the Bible are always a time for us to gather and meet with the Lord.

And throughout history, God has often done really big things during those appointed times.

We don’t know for sure that God will do anything really big this year, but without a doubt we should all be watching.