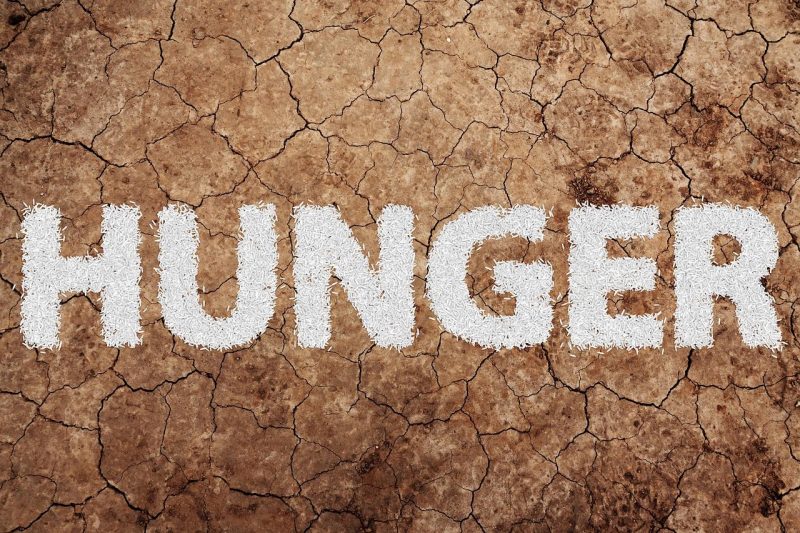 For a long time, those of us that were claiming that a global famine was coming were widely mocked.  The skeptics could see the exact same trends that everyone else could see, but they just assumed that we would find a way to muddle through somehow.  So they didn’t want to listen to common sense, and they weren’t interested in warnings from “gloom and doomers” such as myself.  But I don’t consider myself to be a “doom and gloomer” because I am actually a very optimistic person.  I am so excited to be living during this time in human history, but I also know that very difficult times are ahead of us.  One of the major trends that I keep writing about over and over is famine, because the truth is that there simply is not going to be enough food for everyone on the planet in 2023 and beyond.  Of course the mainstream media is also starting to issue similar warnings.  For example, the following comes from a Yahoo News article entitled “Millions in East Africa face starvation due to drought”…

The World Health Organization warned on Wednesday that millions of people in East Africa face the threat of starvation. Speaking at a media briefing in Geneva, WHO Director-General Tedros Adhanom Ghebreyesus said that drought, climate change, rising prices and an ongoing civil war in northern Ethiopia are all contributing to worsening food insecurity.

Over 50 million people in East Africa will face acute food insecurity this year, a study from late July by the World Food Programme and Food and Agriculture Organization found. Roughly 7 million children are suffering from malnourishment and, according to the United Nations High Commissioner for Refugees, hundreds of thousands are leaving their homes in search of food or livelihoods. Affected countries include Djibouti, Ethiopia, Kenya, Somalia, South Sudan, Sudan and Uganda.

In Somalia, authorities are projecting that vegetable and grain production will “drop by about 80% this year” due to the endless drought that they are currently experiencing.

Millions of precious people in Africa are facing imminent starvation.  But most of us in the western world don’t care, because our grocery stores are still full of food.

If you are one of those people that are choosing to ignore what is happening on the other side of the planet, you can afford to be cocky for now.

But conditions are starting to change here too.

Earlier today, I came across an excellent article about how the multi-year megadrought in the western half of the country is absolutely devastating the ranching industry…

The megadrought in the Western U.S., the region’s worst in 1,200 years, is threatening America’s cattle heartland: withering pastures, wrecking feed harvests and endangering a quintessential way of life.

The drought is forcing ranchers here in Texas and across the Southern plains to make an agonizing decision: Sell early now for less money than they planned on — or hold on, pray for rain and risk losing everything.

Sadly, more ranchers are deciding to sell off cattle with each passing day.

If you can believe it, the rate at which cattle are being sold is now 120 percent above last year’s level…

Over the last two weeks of July, the national cattle sale rate also jumped to 120 percent above 2021 levels — an average that reporting by The Hill and KAMR suggested conceals even higher frenzies of sales in some markets.

What this means is that lots of beef is coming on to the market.

Beef prices had been soaring, but in the short-term all of the cattle that are being slaughtered will help to moderate prices.

However, the outlook for 2023 is grim.  The national cattle herd just keeps getting smaller and smaller, and some beef producers in Oklahoma are now predicting that ground beef “could eventually top $50 per pound”…

Thanks to the unending economic symptoms of the pandemic and 2022’s inflation double-punch, average beef prices are currently about twice what they were in 2019. Add in the deepening widespread drought, a shortage of hay and feed, skyrocketing prices, transport costs, and various other metrics, some Southwest Oklahoma beef producers suggest cheap ground beef could eventually top $50 per pound.

If the price of ground beef does reach 50 dollars a pound, what do you think our country will look like?

Needless to say, at that point there will be absolutely no debate about whether we are in a global food crisis or not.

And we are also being told that we could soon be facing shortages of potatoes and tomatoes.  The following comes from Zero Hedge…

Days ago, we said the next food insecurity problem that may impact Americans’ eating habits could be an emerging potato shortage. Now there appears to be another issue: Tomatoes are getting squeezed, and risks of a ketchup shortage rise as a severe drought batter California’s farmland.

California accounts for a quarter of the world’s tomato output. The worst drought in 1,200 years has forced farmers to abandon fields as crops turn to dust amid a water crisis.

I recently wrote an entire article about the coming tomato shortage that you can find right here.  Unless some rain comes along, the tomato crop in California this year is going to be absolutely disastrous.

So are you ready to eat less pizza because there isn’t enough pizza sauce to go around?

And are you ready to pay twice as much for spaghetti sauce at the grocery store?

On top of everything else, we are also potentially facing an extremely painful shortage of cotton…

Intense drought has forced cotton farmers to abandon millions of acres that have produced so little cotton that they are no longer worth harvesting, the Wall Street Journal reported Tuesday.

Farmers will harvest an estimated 7.13 million acres, abandoning approximately 5.35 million acres due to an ongoing drought hammering southern U.S. states, representing an estimated abandonment rate of 42.87%, according to the National Cotton Council of America, who based their analysis on U.S. Department of Agriculture (USDA) data. This represents the smallest harvest by area since 1868, The Wall Street Journal reported.

What I have touched on in this article is just the tip of the iceberg.

Agricultural production is going to be way down all over the planet this year.

But we will surely find a way to “muddle through” somehow, right?

If you have been a skeptic of reports of shortages and famine, it is time to wake up.

We really are staring an unprecedented global crisis right in the face, and the months ahead are going to be filled with pain.