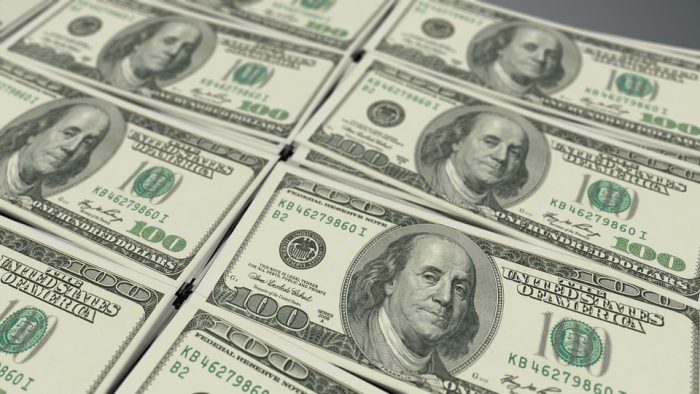 The federal government is now 20.4 trillion dollars in debt, and most Americans don’t seem to care that the economic prosperity that we are enjoying today could be completely destroyed by our exploding national debt. Over the past decade, the national debt has been growing at a rate of more than 100 million dollars an hour, and this is a debt that all of us owe. When you break it down, each American citizen’s share of the debt is more than $60,000, and so if you have a family of five your share is more than $300,000. And when you throw in more than 6 trillion dollars of corporate debt and nearly 13 trillion dollars of consumer debt, it is not inaccurate to say that we are facing a crisis of unprecedented magnitude.

Debt cannot grow much faster than GDP indefinitely. At some point the bubble bursts, and when it does the pain that the middle class is going to experience is going to be off the charts. Back in 2015, the middle class in the U.S. became a minority of the population for the first time ever. Never before in our history has the middle class accounted for less than 50 percent of the population, and all over the country formerly middle class families are under a great deal of stress as they attempt to make ends meet. The following comes from an absolutely outstanding piece that was just put out by Charles Hugh Smith…

If you talk to young people struggling to make ends meet and raise children, or read articles about retirees who can’t afford to retire, you can’t help but detect the fading scent of prosperity.

It has steadily been lost to stagnation, under-reported inflation and soaring inequality, a substitution of illusion for reality bolstered by the systemic corruption of authentic measures of prosperity and well-being.

In other words, the American-Dream idea that life should get easier and more prosperous as the natural course of progress is still embedded in our collective memory, even though the collective reality has changed.

The reality that most of us are facing today is a reality where many are working two or three jobs just to make it from month to month.

The reality that most of us are facing today is a reality where debts never seem to get repaid and credit card balances just continue to grow.

The reality that most of us are facing today is a reality where we work day after day just to pay the bills, and yet we never seem to get anywhere financially.

The truth is that most people out there are deeply struggling. The Washington Post says that the “middle class” encompasses anyone that makes between $35,000 and $122,500 a year, but very few of us are near the top end of that scale…

It’s also situation specific. “The more people in a family, the more money they typically need to live a comfortable middle-class lifestyle,” writes the Post. Likewise, the more expensive your area, the more you need to make to qualify. Overall, “America’s middle-class ranges from $35,000 to $122,500 in annual income, according to The Post’s calculation” approved by the Pew Research Center.

In a previous article, I noted that the bottom 90 percent of income earners in the U.S. brought home more than 60 percent of the nation’s income back in the early 1970s, but last year that number fell to just 49.7 percent.

The middle class is shrinking year after year, and the really bad news is that it appears that this decline may soon accelerate. In fact, one major European investment bank is warning that the U.S. economy will “slow down substantially” in 2018.

But we can’t afford any slow down at all. As it is, there is no possible way that we are going to be able to deal with our exploding debts at the rate the economy is growing right now. According to Boston University professor Larry Kotlikoff, we are facing a “fiscal gap” of 210 trillion dollars over the next 75 years…

If you add up all the promises that have been made for spending obligations, including defense expenditures, and you subtract all the taxes that we expect to collect, the difference is $210 trillion. That’s the fiscal gap. That’s our true indebtedness.

Where in the world is all of that money going to come from?

Are you willing to pay much higher taxes?

Are you willing to see government programs slashed to a degree that we have never seen before in U.S. history?

If your answer to both of those questions is no, then what would you do to solve the fiscal nightmare that we are facing?

According to Brian Maher, author Robert Benchley once sat down to write an article about this fiscal mess, and what he came up with sums up the situation perfectly…

Benchley sat at his typewriter one day to tackle a vexing subject.

He opened his piece with “The”… when the full weight of his burden collapsed upon his shoulders.

He abandoned his typewriter in frustration.

He returned shortly thereafter and resumed the task anew…

With only “The” to work with… Benchley immediately knocked out the article, presented here in its entirety:

Unfortunately, we can’t afford to say that.

Our exploding debt is a crisis that we must tackle, and the first step is to understand that our current financial system was literally designed to create as much debt as possible. Once we abolish the Federal Reserve, our endless debt spiral will end, but until we do our debt problems are only going to continue to grow until the system completely implodes in upon itself.