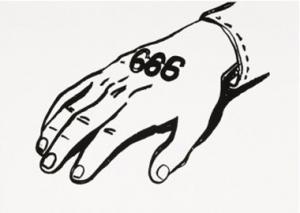 A woman vandalized a Massachusetts church with “666” markings and tried to attack a police officer with a metal crucifix that had been donated after a baby Jesus was stolen from a nearby Nativity scene and replaced with a pig’s head, authorities said.

Fifty-four-year-old Amarellis Cermeno of Haverhill was arrested on various charges, including assault with a deadly weapon, malicious destruction of property and destruction of a place of worship.