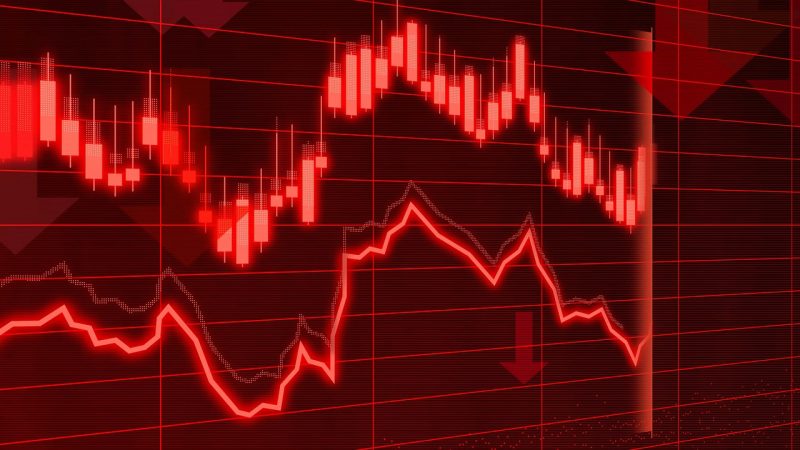 Is this rush for the exits going to turn into a stampede?  Stock prices have been plummeting in recent days, and most of the talking heads on television have been blaming the declines on the COVID-19 pandemic.  Yes, it is true that the number of confirmed cases in the United States is spiking again, but I don’t think that alone is enough to account for what we have been witnessing.  Instead, I believe that the primary reason why stocks have been tumbling is because there is so much uncertainty about what is going to take place next week.  Investors hate uncertainty, and it appears that many of them would prefer to be on the sidelines rather than gamble on the outcome of this election.

On Wednesday, the Dow Jones Industrial Average was down another 943 points, and that was the worst day that we have seen since June 11th…

Overall, stock prices have now fallen for four trading sessions in a row.

Will Thursday make it five?

I just can’t see a whole lot of investors wanting to jump into the market right before Election Day.  Many have warned that an extended period of time when we don’t know the winner of the presidential election would be a “nightmare scenario” for investors, and right now it appears to be quite likely that we are headed for just such a scenario.

Yes, it is still possible that we could witness a landslide victory for either Joe Biden or Donald Trump that would bring the race to a conclusion very rapidly, and such an outcome would be greatly welcomed by the financial markets.

Unfortunately, it is probably much more likely that the election results will be bitterly contested, and the counting of mail-in ballots and legal fights over which votes to count could take weeks to resolve.

And when it is all over, that is when things could get really interesting.  There will be tens of millions of Americans that will be extremely upset no matter which side wins, and we could very easily see a massive national temper tantrum.

In the past, presidential elections have often resulted in significant stock market rallies, but this time around I think that it is quite likely that the opposite will be true.  Chaos in the streets is likely to be accompanied by chaos in the financial markets, and once stock prices start falling they could potentially tumble quite a long way.

Meanwhile, health authorities are telling us that the number of confirmed COVID-19 cases is starting to rise aggressively, and this is creating a whole lot of fear…

For the first time since the pandemic began, the United States added more than half a million coronavirus cases in a week, according to a USA TODAY analysis of Johns Hopkins University data. This is the third day in a row the U.S. set a record for how many coronavirus cases it reported over the previous seven days.

In particular, many investors are deeply concerned that a new wave of lockdowns could crush the U.S. economy once again.  According to CNBC’s Jim Cramer, more lockdowns without more stimulus money from the federal government would be disastrous for the financial markets…

Appearing on CNBC’s Squawk Box Wednesday, Cramer said he believes that restrictive measures such as those announced Tuesday in Chicago are on the horizon, and that without a stimulus deal, the implications for the market may be dire.

“I just think that there’s going to be a call for lockdowns the likes of which we’ve seen in Chicago,” Cramer said. “And I think that the lockdowns without the stimulus equals what we’re seeing,” he added — referring to the market’s freefall this week.

Of course the real economy has never recovered from the lockdowns that were instituted earlier this year.

For example, Boeing just announced that they will be laying off more workers than originally projected…

Boeing will cut more jobs as it continues to bleed money and its revenue fades during a pandemic that has smothered demand for new airline planes.

And small businesses continue to suffer greatly all over the country as well.

If you can believe it, one recent survey found that a whopping 34 percent of all small businesses in America were not able to pay all of their rent for the month of October…

Eight months into this devastating pandemic, more than one-third of small businesses are still having trouble paying their rent, according to our latest Alignable Pulse Poll of 7, 726 small business owners taken last week.

Right now, 34% of our small business owners report that they were NOT able to pay full rent in October.

There is no way that anyone should be using the word “recovery” to describe what we are witnessing.  When a third of all small businesses cannot even pay rent, that indicates that we are in a full-blown economic depression.

Earlier this year, the Federal Reserve pulled out all the stops in order to support the financial markets and the economy, but now even CNBC is admitting that the Fed is just about out of ammunition…

While no Fed official ever would acknowledge that monetary policy ammunition is running low, and in fact would insist to the contrary, there appear to be few weapons left in the Fed arsenal.

“What they have left is really on the margin,” said Mark Zandi, chief economist at Moody’s Analytics. “They just don’t have much room to maneuver with regard to monetary policy. I don’t really see what more they can do. That’s why they’ve been so explicit in telling fiscal policymakers to do more, because they know they can’t help.”

So what is the Fed going to do if there is another huge wave of lockdowns all across the nation?

And what is the Fed going to do if there is another huge wave of rioting, looting and violence like we are currently witnessing in Philadelphia?

This election has the potential to be the spark that begins a very dark chapter in our history.

If things take a really bad turn, a stock market collapse may end up being among the least of our problems.