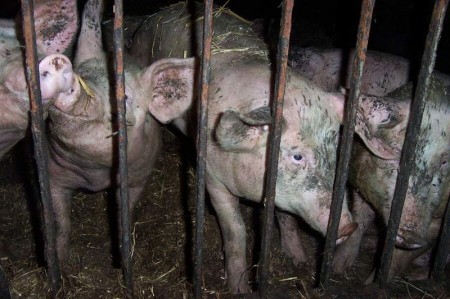 A deadly virus, porcine epidemic diarrhea, or PEDv, is estimated to have killed, on average, more than 100,000 piglets and young hogs each week since it first showed up in Iowa in May 2013, wreaking havoc on the pork industry.

The number of hogs slaughtered this year is down 4.2 percent, according to the United States Agriculture Department, to roughly 50 million from more than 52 million in the same period in 2013.

That drop drove up the price of bacon and center-cut pork chops sold in the United States by more than 12 percent in May, compared with the same period a year ago, according to the Bureau of Labor Statistics. Prices for bacon rose more than 15 percent, and pork chops were up almost 13 percent.