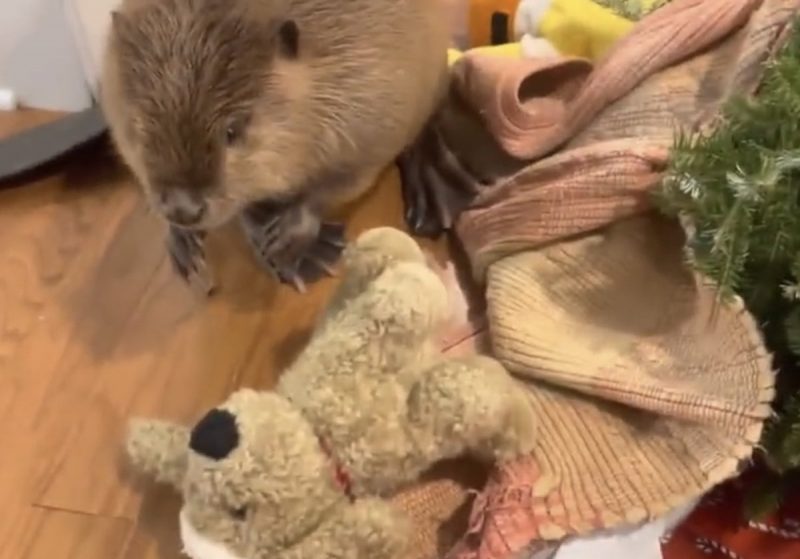 If you are a news junkie like I am, it can be really easy to focus on all of the bad things that are going on in the world.  Right now, economic conditions are rapidly deteriorating, the global food crisis is getting worse, the fabric of our society is decaying all around us, and it appears that the war in Ukraine is about to go to an entirely new level.  I know that I write about a lot of subjects that are very heavy, and so once in a while I will try to balance that out by posting something that is designed to bring you some joy.  I love animals, and I think that one of the greatest things about the Internet is all of the wonderful animal videos that people share.  Hopefully what I have decided to share below will be a blessing to you.  The following are 14 incredibly awesome animal videos that will help you to smile during these troubled times…

Not a single drop of water is getting past that bad boy.
pic.twitter.com/NN4QyeI6pj

Cat loves playing until they hear the automatic feeder pic.twitter.com/3uoQ6j53n5

Just a panda having a blast with a fountain 🥰 #cute #animal #animals #cuteanimals pic.twitter.com/REhqhYDaHG

Samoyed, in its natural habitat pic.twitter.com/Wal3TLVP8V

no point in posting anymore I can’t do better than this pic.twitter.com/UwmTmvAJC4

The reaction of a spider when it sees itself in front of a mirror. 😂😂 pic.twitter.com/GxZI7H9sS6