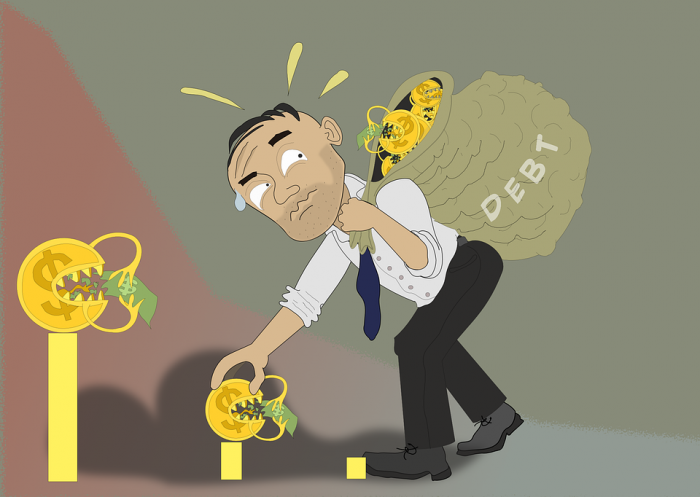 In 2006, U.S. Senator Barack Obama’s voice thundered across the Senate floor as he boldly declared that “increasing America’s debt weakens us domestically and internationally. Washington is shifting the burden of bad choices today onto the backs of our children and grandchildren.” That was one of the truest things that he ever said, but just a couple of years later he won the 2008 election and he turned his back on those principles. As I write this article, the U.S. national debt is sitting at a grand total of $19,402,361,890,929.46. But when Barack Obama first entered the White House, our federal government was only 10.6 trillion dollars in debt. That means that we have added an average of 1.1 trillion dollars a year to the national debt under Obama, and we still have about six more months to go.

Even though Barack Obama is on track to be the first president in all of U.S. history to not have a single year when the U.S. economy grew by 3 percent or better, many have still been mystified by the fact that the economy has been relatively stable in recent years.

But the explanation is rather simple, actually. Anyone can live like a millionaire if the credit card companies will lend them enough money. You could even do it yourself. Just go out and apply for as many credit cards as possible and then spend money like there is no tomorrow. In no time at all, you will be living the high life.

In the United States today, our standard of living is being massively inflated by taking trillions of dollars of future consumption and moving it into the present. The politicians love to do this because it makes them look good and they can take credit for an “economic recovery”, but what we are doing to our children and our grandchildren is beyond criminal.

On average, we are stealing more than 100 million dollars from future generations of Americans every single hour of every single day. We are complete and utter pigs, and yet most Americans don’t see anything wrong with what we are doing.

At this point, our national debt is more than 30 times larger than it was just 40 years ago, and many (including myself) have argued that it is now mathematically impossible for the U.S. government to ever pay off all of this debt.

The only thing that we can do now is to keep the party going for as long as possible until the day of reckoning inevitably comes.

Under Obama, our national debt will come close to doubling. What that means is that during Obama’s eight years we will accumulate almost as much debt as we did under all of the other presidents in U.S. history combined.

Right now, the U.S. government is responsible for about a third of all the government debt in the entire world. Fortunately the financial world continues to lend us gigantic mountains of money at ridiculously low interest rates, but if that were to ever change we would be in an enormous amount of trouble very rapidly.

For instance, if the average rate of interest on U.S. government debt simply returns to the long-term average, we would very quickly find ourselves spending more than a trillion dollars a year just in interest on the national debt.

And as the Baby Boomers age, our “unfunded liabilities” threaten to absolutely swamp us. By the year 2025, it is being projected that “mandatory” federal spending on “unfunded liabilities” such as Social Security, Medicaid and Medicare plus interest on the national debt will exceed total federal revenue. What that means is that we will spend every penny we bring in before a single dollar is spent on the military, homeland security, paying federal workers, building roads and bridges, etc.

In recent years the Federal Reserve has also had a “buy now, pay later” mentality.

While Obama has been in the White House, the size of the Fed balance sheet has grown by about two and a half trillion dollars. The goal has been to artificially pump up the economy, but when the Federal Reserve creates money out of thin air it is actually a tax on all of us. The purchasing power of every dollar that we will spend in the future has been diminished thanks to the Fed, but most Americans don’t understand this.

What most Americans want is for someone to “fix things” in the short-term, and not much consideration is ever given to the long-term damage that is being done.

I know that the phrase “trillion dollars” is thrown around a lot these days, and to a lot of people it doesn’t have a whole lot of meaning anymore. But the truth is that it is an absolutely enormous amount of money. In fact, if you went out right this moment and started spending one dollar every single second, it would take you more than 31,000 years to spend one trillion dollars.

A final example of our “buy now, pay later” mentality can be seen in our ridiculously bloated trade deficit. We consume far more than we produce as a nation, and we buy far more from the rest of the world than they buy from us. As a result, tens of thousands of businesses and millions of good paying jobs have gone overseas, and many of our formerly great manufacturing cities are now vast industrial wastelands. Our economic infrastructure has been gutted at a pace that is staggering, and yet most Americans still don’t understand what has been done to them.

If you visit your typical “big box” retail store today, where is most of the stuff made? Instinctively, most of you would answer “China”, and that is not too far from the truth.

We buy far, far more stuff from China then they buy from us. This makes them steadily wealthier, and it makes us steadily poorer. Unfortunately, our trade deficit with China has gotten much, much worse while Barack Obama has been in the White House.

Are you starting to see a trend?

Our long-term economic and financial problems have greatly accelerated under Barack Obama, but our leaders feverishly work to make things look okay in the short-term and so most Americans don’t notice what is happening.

Unfortunately, this Ponzi scheme cannot go on forever and a day of reckoning is coming. And when it arrives, the pain that it is going to cause for ordinary Americans is going to be far greater than most of us would dare to imagine.