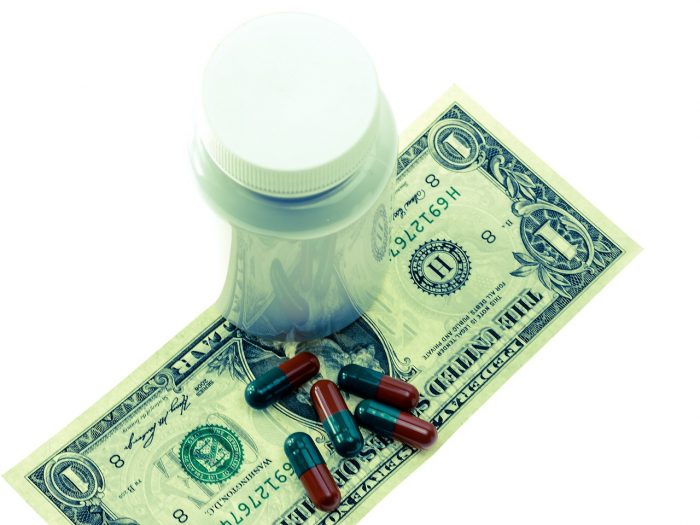 One of the primary reasons why the middle class in America is disappearing so rapidly is because of skyrocketing health care costs. Families all over the country are being absolutely crushed by extremely high health insurance premiums, ridiculously high deductibles and very large out-of-pocket expenses that were not anticipated. In fact, medical bills are the number one reason why individuals go bankrupt in the United States today. Once upon a time, the medical profession was all about helping people, but today it has become a heartless money-making operation that is dominated by health insurance corporations and pharmaceutical companies. If we do not make major changes quickly, our out of control health care system will destroy the middle class in our country all by itself.

The total costs for a typical family of four insured by the most common health plan offered by employers will average $28,166 this year, according to the annual Milliman Medical Index.

The estimate includes the average cost of health insurance paid by employers and employees, as well as deductibles and out-of-pocket expenses.

That is a crazy amount of money. Once upon a time, you could buy an entire house in America for $28,000. But now that will only cover health care costs for a single year.

The largest portion of that amount goes to pay for health insurance. For those that receive health benefits at work, usually the employer pays most of that bill…

Last year, the premium for the most popular health plan offered by employers — what is known as a preferred provider organization — for family coverage was $19,481, according to the annual survey done by the Kaiser Family Foundation and the Health Research & Educational Trust.

When you break down that total, it comes to more than $1,500 a month just for health insurance.

And of course those of us that are self-employed or that work for businesses that don’t provide health insurance have to pay for it all on our own.

Needless to say, that can be financially crippling. And thanks to Obamacare, it is harder than ever before. Not too long ago, I wrote about one family in Virginia that is now faced with the prospect of paying $3,000 a month for an Obamacare plan…

This is one of the biggest reasons why the percentage of Americans that are self-employed is hovering near record lows. People simply cannot afford the health insurance.

And every year it gets worse. For 2018, it was being projected that the average rate increase for Obamacare plans would be 37 percent.

If our paychecks were going up 37 percent each year, that would be fine.

But of course that just isn’t happening.

This is one of our great long-term challenges as a society. We have got to get health care costs under control if our system is going to be sustainable.

There is absolutely no reason why an appendectomy in the United States needs to be 10 times more expensive than an appendectomy in Mexico. The quality of care in Mexico is not 10 times worse than in the United States. In fact, it is actually pretty comparable to what we have here, and many Americans are now taking “medical vacations” to have procedures performed down there because our system is so badly broken.

According to one expert quoted by USA Today, every single month the number goes up by another one hundred dollars…

“But every month, a family of four’s health care costs are going up $100 a month,” Weltz said.

The costs have been going up by that amount — on average — for more than a decade.

There is no reason why we can’t start moving back toward that level. We just need to reintroduce true competition and free market principles into our health care system. Those that have been abusing their power need to be held accountable, and something desperately needs to be done about the health insurance companies and the big pharmaceutical giants. In one recent year, more than 100 billion dollars was spent on cancer drugs, and that is absolutely outrageous.

If you go all the way back to 1960, an average of $146 was spent on health care per person for the entire year.

It doesn’t have to be this way.

On a per capita basis, we spend far, far more than anyone else in the world on health care.

If you can believe it, we actually spend nearly twice as much as most of the other industrialized nations in the world on a per capita basis.

The only way that we are going to have a thriving middle class is if we get health care costs under control, but unfortunately Congress is such a mess right now that nothing is likely to get done for the foreseeable future.

So our health care system is going to continue to deteriorate, and many Americans will continue to travel overseas when they need important procedures to be done.