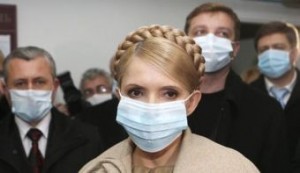 The number of dead from the mystery flu plague in Ukraine has increased to 299.

One major U.K. newspaper is saying that some doctors believe that the Ukraine mystery plague is quite similar to the 1918 Spanish flu.

Taiwan has reported 12,000 new flu cases in just one week.

A 55 year old man in Germany has died after being vaccinated for the H1N1 swine flu.

Is Barack Obama considering bringing to the U.N. Security Council a resolution to unilaterally create a Palestinian state?

Is the Obama administration also planning to begin negotiating a gun control treaty with the United Nations?

It turns out that the cost of keeping one U.S. solider in Afghanistan for a year is approximately one million dollars.

If we support the troops, then why aren’t we listening to what they are saying about the wars?

Gold prices hit a fresh record high above $1,130 an ounce early on Monday.

The Obama administration will propose that the U.S. federal government take over the safety regulation of the nation’s subway and light-rail systems.

One top economic expert is warning that there is even more U.S. unemployment on the way.

Does U.S. policy towards illegal aliens make sense?  After reading “Joe and Jose” your opinion might just change.

Homeland Security Secretary Janet Napolitano has announced that the Obama administration will push for a bill that will grant amnesty to illegal aliens living in the United States.

One leading health care expert is warning that the “health care reform” bill will lead to “massive tax increases” and higher insurance premiums.

On the verge of Barack Obama’s first visit to China, the persecution of Christians by the Chinese government is once again making headlines.

On Sunday, two small earthquakes were reported off the California coast.  How soon will it be until the “big one” hits?

A new study has found that chemicals used in plastics are “feminizing” the brains of baby boys.

In Australia, one couple has withdrawn their two children from a public primary school, claiming that their 11-year-old son was beat up by Muslim students because he ate a salami sandwich during Ramadan.