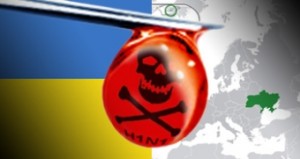 A major U.K. news source is calling the Ukraine flu a “plague worse than swine flu”.

One physician in Ukraine is absolutely convinced that the Ukraine mystery flu is NOT the H1N1 swine flu that is affecting the rest of the world.

The WHO is still being extremely evasive about the situation in Ukraine.

Officially, a total of 8 people have died from the H1N1 swine flu vaccine so far in Sweden.

The Chinese government is admitting that two people have died in China after receiving domestically manufactured H1N1 swine flu vaccines.

Famous Croatian priest Miroslav Bustruk is telling his countrymen not to get the H1N1 swine flu vaccine and is warning that there “is a plan for massive destruction of humanity worldwide”.

One medical doctor has retracted his recommendation of the H1N1 swine flu vaccine after reading the package insert.

Senate Majority Leader Harry Reid has filed a motion to introduce the “health care reform” bill in the Senate on Monday, November 16th.

Will the “health care reform” bill open the door to the mass microchipping of medical patients in America?

Many liberals are scared to death that Michelle Bachmann could emerge as the frontrunner for the Republican presidential nomination in 2012.

A chemical that’s been widely used in hard plastic bottles has been linked to impotence in males.

The head of the Environment Agency in the U.K. believes that implementing individual carbon allowances for every person will be the most effective way of meeting the targets for cutting greenhouse gas emissions.

NBC is using its prime time programs to promote a “green” message.

What in the world?  The World Council of Churches is calling on churches around the world to ring their bells 350 times during the Copenhagen climate change summit on December 13th as a call to action on global warming.

One scientist who admits that synthetic biology could destroy all life on earth is saying that we would be “crazy” not to pursue it.

Global warming?  7,000 buildings in China have collapsed under the heaviest snow on record there.

The U.S. Army is sending one single mother to Afghanistan and her 11-month-old son to CPS.

Are depleted uranium munitions to blame for the extremely high rates of mortality and birth defects in Fallujah?

There are disturbing new graphic allegations of sexual and physical abuse of Iraqi civilians by British soldiers.

The executive director of the Temple Institute in Israel believes that the Third Temple will be a house of prayer open “to all believers in the monotheistic faiths, Christians, Muslims or Jews”.

The Charter For Compassion, composed by leading thinkers in many different faiths, was unveiled on November 12th.  Does this represent another huge step towards a one world religion?