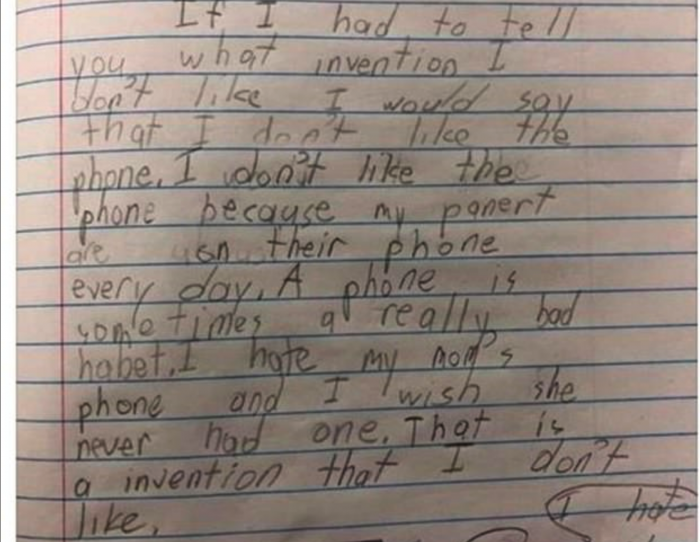 A teacher down in Louisiana recently had her 2nd grade students write about an invention that they wish had never been created, and what one little girl wrote about her mother’s cell phone is going viral all over social media. In fact, the post has already been shared over a quarter of a million times on Facebook. Teacher Jen Beason didn’t reveal the identity of the little girl, but she originally shared what she had written on Facebook to encourage parents to get off of their cell phones and to start spending more time with their children. As parents, we don’t always realize how much our children really do want to spend time with us. This is what the little girl wrote… 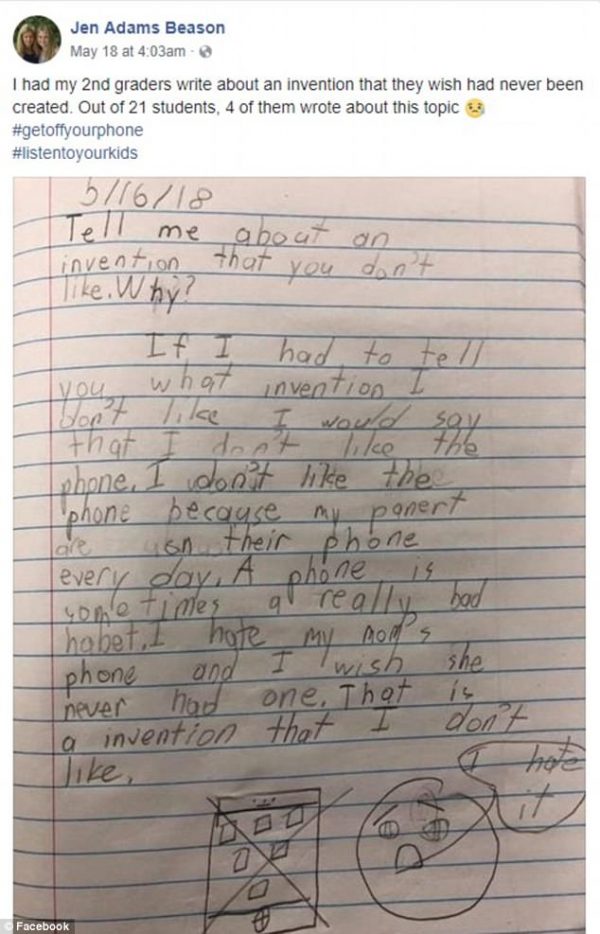 Hopefully this will be a wake up call for all of us.

Life is short, and we need to spend it on the things that really matter.