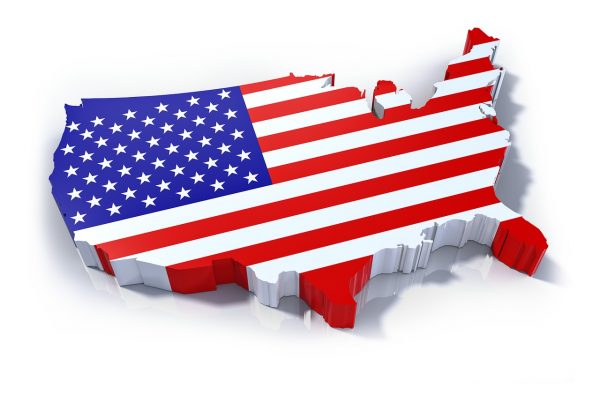 We were warned to “brace ourselves” as we entered the month of September, and this month has definitely turned out to be a critical turning point.  As I write this article, some of the biggest wildfires in history continue to rage on the west coast, political activists are preparing for weeks of chaos in Washington D.C. as they attempt to derail Republican attempts to fill Ruth Bader Ginsburg’s vacant seat on the Supreme Court, and protesters all over the country are pouring into the streets filled with fury because of the decision that was just announced in the Breonna Taylor case.  This entire year has been a nightmare, and it certainly appears that events are only going to escalate even more during the months ahead.

Let’s start by talking about the unprecedented wildfires on the west coast.  Right now, vast stretches of California, Oregon and Washington look like something out of a post-apocalyptic horror novel.  Entire communities have been completely wiped off the map and millions of acres have been burned.

Yes, there are wildfires every year, but we have never seen anything like this.  In fact, over the past two months we have seen five of the six biggest wildfires in the recorded history of the state of California…

The staggering statistics keep piling up for California’s wildfire season: August and September account for five of the six biggest fires in nearly 90 years of recorded history for the state.

The destructive Creek Fire that continues to burn in Fresno County grew about 3,000 acres between Monday and Tuesday for a new total of 283,724 acres, leapfrogging the 2017 Thomas Fire for the No. 6 spot, according to Cal Fire records. It is 30% contained.

It had been hoped that cooler weather would mean that the worst was behind us, but instead authorities are warning that another “heat dome” will soon cover much of the west coast until early October…

Thousands of firefighters struggling to contain dozens of blazes from California to Washington need a break in the weather to help them get the upper hand. But while temperatures have returned to near average after a blistering heat wave in mid-August and another record-shattering heat episode this month, the weather is poised to tip decidedly in the fires’ favor.

A large area of high pressure, or a heat dome, is projected to build across the West at the same time as a large dip, or trough, in the jet stream delivers cold air to the Midwest and East beginning this weekend and continuing into early October.

So what this means is that the worst wildfire season in California history could soon get even worse.

Meanwhile, a fire of a different sort has erupted on the east coast.

The sudden passing of Ruth Bader Ginsburg has set the stage for a battle for the ages in Washington.  No member of the Supreme Court has ever been more popular with the left than Ruth Bader Ginsburg, and liberal activists are absolutely mortified that President Trump has an opportunity to fill her seat.

It is expected that Trump will announce his nominee on Saturday, and he has said that it will be a woman.

At this point, it looks like it will come down to a choice between Amy Coney Barrett and Barbara Lagoa.

In the end, it will be very interesting to watch what Trump decides to do.

And in either case, we should expect Democrats to pull out all the stops in order to try to keep the seat from being filled before the election.

In the middle of the country, a stunning legal decision threatens to plunge major cities all over the nation into another round of civil unrest.

BLM activists were desperately hoping that the three police officers involved in the shootout that resulted in the death of Breonna Taylor would all be charged with murder.  Instead, only one officer was charged, and the only thing he was charged with doing wrong was “shooting a gun into a neighboring apartment”…

On Wednesday, a Kentucky grand jury indicted one of three police officers involved in the incident on charges of wanton endangerment for shooting a gun into a neighboring apartment. Former Louisville police officer Brett Hankison is facing three felony charges. Jonathan Mattingly and Myles Cosgrove, two other officers involved, were not charged.

This decision surprised a lot of people, but in the end it came down to a fairly straightforward application of the law.  It was decided that the police officers were justified in shooting into Taylor’s apartment because they had been fired upon first…

Cameron said there were no homicide charges again Sgt. Jonathan Mattingly and Officer Myles Cosgrove — who together fired 18 shots, six of which hit Taylor — “because they were justified in firing after being fired upon.”

And that just makes sense.  If I was serving as a police officer and someone shot at me, I would definitely be shooting back.

But at this point no explanation of the legal issues is going to mitigate the pain and fury that we are seeing all over the nation.

Immediately after the decision was announced, protesters began to pour into the streets, and things soon became violent.  Two police officers have already been shot, and video footage of gunshots being fired that has been posted online is absolutely chilling.

What we are witnessing should greatly sadden all of us, because our society is literally being torn apart right in front of our eyes, and it should break our hearts to see Americans fighting Americans.

A parked U-Haul was waiting for the crowd up the street. It contains supplies such as signs, shields, water etc. I’m not sure how people knew what it contained.

What a wild month this has already been, and I expect it to get even wilder.

The fight to stop Trump’s nominee for the Supreme Court will kick into high gear this weekend, and bitter disappointment over the Breonna Taylor decision is likely to spark protests in cities all over the nation for quite some time.

I believe that we have entered an era of permanent civil unrest in this country, and that is going to be true no matter who wins the election in November.

But of course if the fight over the result of the upcoming presidential election drags out for weeks or even months after November 3rd, that will just make things a whole lot worse.

I have such a bad feeling about what is coming, and so many others that I am hearing from feel the exact same way.

So we should continue to “brace ourselves”, because what we have been through already is just the tip of the iceberg.