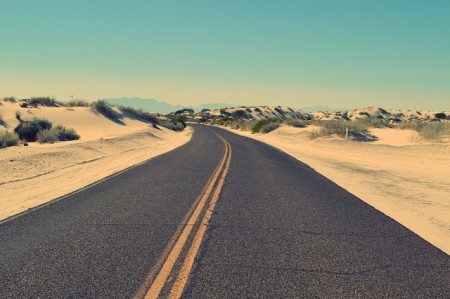 The ongoing drought in the western United States has caused so much loss of groundwater that the Earth, on average, has lifted up about 0.16 inches over the last 18 months, according to a new study.

The situation was even worse in the snow-starved mountains of California, where the Earth rose up to 0.6 inches.

Researchers from UC San Diego’s Scripps Institution of Oceanography and the U.S. Geological Survey estimated the groundwater loss from the start of 2013 to be 63 trillion gallons — the equivalent of flooding four inches of water across the United States west of the Rocky Mountains.

The study, published online Thursday by the journal Science, offers a grim accounting of the drought’s toll.

“We found that it’s most severe in California, particularly in the Sierras,” said coauthor Duncan Agnew, professor of geophysics at UC San Diego’s Scripps Institution of Oceanography. “It’s predominantly in the Coast Ranges and the Sierras showing the most uplift, and hence, that’s where we believe is the largest water loss.”