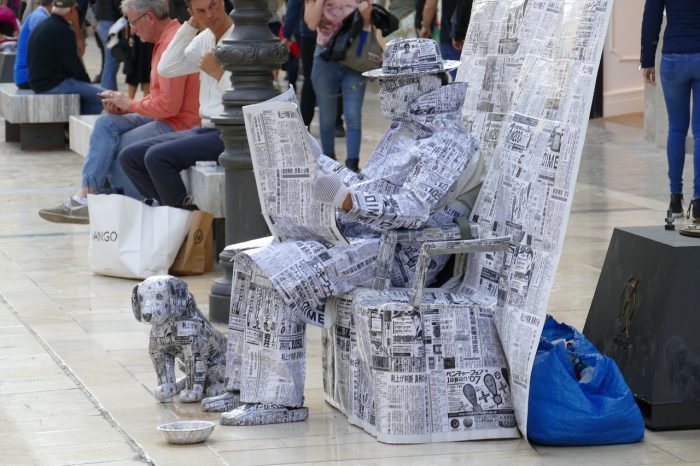 In just a few days, this will officially be the longest government shutdown in U.S. history, and there is no end in sight. President Trump is pledging that he will not sign any spending bill unless it includes funding for a border wall, and the Democrats are promising their supporters that they will never agree to a single penny for a wall. This could be the confrontation that ends up defining Trump’s presidency, and whoever backs down now is going to look incredibly weak. But the longer this shutdown lasts, the more painful things are going to become for the hundreds of thousands of federal workers that are going without pay, and for the hundreds of thousands of workers that are employed by government contractors that rely on business from the federal government.

You should never play a game of chicken with somebody that is crazier than you are. In this case, it looks like both sides fully expect the other party to blink first, but the truth is that neither side is likely to yield any time soon.

So the days ahead are likely to be exceedingly painful for most federal workers, because just like the population as a whole, most of them are living paycheck to paycheck.

In fact, one survey found that 78 percent of American workers are currently living paycheck to paycheck…

As I have repeatedly stressed, living paycheck to paycheck is something that you do not want to do if at all possible. When you live paycheck to paycheck, you are just one major disaster away from financial ruin. For example, if somebody in your family has a major accident or a significant medical emergency, it can quickly render you completely destitute.

Just more than 70 percent of all respondents say that they’re in debt, and a quarter of workers say they weren’t able to make ends meet at the end of every month of the past year.

If you are scrambling to make debt payments every month and you have no financial cushion to fall back on, then you have no room for error, and that is where most Americans find themselves today.

So for most federal workers, this government shutdown is not just an inconvenience.

According to Professor Paul Light, somewhere around 800,000 government workers are currently going without pay…

The shutdown has left approximately 800,000 federal workers in financial limbo. Around 420,000 “essential” employees are working without pay, while another 380,000 have been ordered to stay home, according to calculations provided to CNBC by Paul Light, a professor of public service at New York University.

Of course the mainstream media is going to be filled with sob stories from these workers for as long as this shutdown lasts. For instance, CNN recently profiled the plight of TSA security officer Jessica Caraballo…

The partial government shutdown that began December 22 left Caraballo and 420,000 other federal workers across the country forced to work without a paycheck. Two weeks have passed and dozens of families like the Caraballos have put their lives on hold.

“Rent is due, light bill, gas bill, my car bill is due the 26th,” Caraballo said. “I already got my last paycheck and there’s no paycheck to come.”

Without a doubt things are tough right now for families like the Caraballos, but what will they do when a real national emergency strikes?

As we watch all the chaos that a minor disruption has created, it should cause all of us to realize that any sort of a major disruption could be extremely catastrophic for most of the country.

The vast majority of us are deeply, deeply dependent on the system. That is fine and dandy as long as the system is functioning well, but what if someday it stops functioning altogether?

For the moment, many government workers can just pile up more debt to get through this short-term crisis. Of course many of them are already drowning in debt, and we just learned that U.S. consumer borrowing was up another 22 billion dollars during the month of November.

However, if this shutdown lasts for another month or two, the mood of this nation is going to get quite sour, and that will especially be true once the food stamp benefits run out…

The U.S. Department of Agriculture, which oversees SNAP at the federal level, is one of the agencies unfunded during the partial government shutdown. USDA Secretary Sonny Perdue announced Tuesday that SNAP would be funded through February, thanks to the funding bill that expired on Dec. 22, which included a provision allowing federal agencies to make obligated payments to support certain programs for 30 days after its expiration date.

Can you imagine the uproar that we would see if 38 million people were suddenly cut off from food stamps?

I think that the left is counting on that as negotiating leverage if they need it.

At this point we do not know how the political gridlock in Washington will end. Today, President Trump walked out of a meeting with Chuck Schumer and Nancy Pelosi when Pelosi told him point blank that there will be no money for a wall. At this point there does not seem to be any room for a compromise, and it will be politically disastrous for either side to back down now.

Meanwhile, hundreds of thousands of government workers are going to be hurting, and the pain will intensify with each passing day.