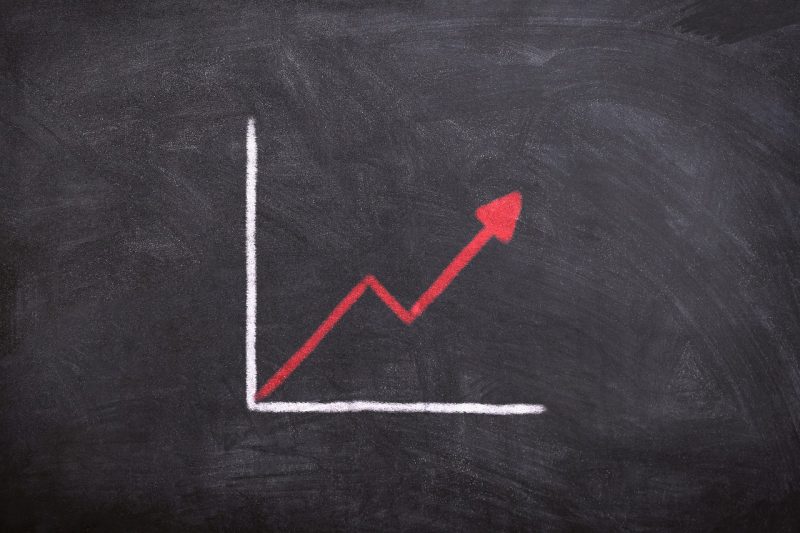 We are being warned that food prices in the U.S. are going to go absolutely haywire after the election in November.  I am taking such warnings very seriously, and I believe that you should too.  Global officials have been telling us over and over again that we are heading into an unprecedented global food crisis, and I have been writing about this again and again in recent weeks.  But so far, the vast majority of the population doesn’t seem to be taking this seriously.  Agricultural production is going to be way below expectations all over the planet in 2022, and that means that there will be far less food to go around in 2023.

Let me give you a perfect example of what I am talking about.  Just within the last couple of days, it has been reported that there will be crop losses “of up to 50 percent” in the German state of Baden-Württemberg…

Crop losses of up to 50 percent are now expected in parts of Germany due to drought, farmers in affected regions have claimed.

Up to half of the crops in parts of the German state of Baden-Württemberg are likely to be lost due to drought, farmers in the region have claimed, with problems to do with the prices of fuel, fertiliser, and pesticides connected to the green agenda and war in Ukraine also reportedly causing problems for those in the region.

These are crop losses that haven’t happened yet.

With the losses expected to materialise in the autumn, the farming chaos may end up being another crisis facing Germany’s floundering political class as fuel shortages combined with a freefalling economy hit a public already suffering from officials’ poor handling of the COVID-19 pandemic.

Just within the past week, I have written about how authorities are also projecting similar crop losses in key areas of the UK, France and Italy.

And here in the United States, 37 percent of farmers in the western half of the country say that they will be killing their own crops because there is no chance that they will come to maturity due to the endless drought.

All of these crop losses haven’t hit the food system yet.

So none of these crop losses are reflected in grocery store prices yet.

Just a heads up. I have a family member who works in the corporate pricing department for groceries. This company has been in business 40 years. Meeting was called 1 day ago and they were told prices will be on steroids after the election. Owner said he’s never seen what’s headed our way in 40 of business. They just hired 10 more people and can not keep up with data input.

All hands on deck and overtime. included. Get your house in order. Buy Holiday grocery products while you can find and afford them. Boss told employees to stock up now. Please pay attention folks.

It would be easy to dismiss that comment because we don’t know who it is from and so we can’t verify the specific claims that are made.

But this is entirely consistent with everything else that I am hearing.

Food prices have been rising rapidly in recent months, but the really big deal is all the food that is not being grown right now.  This lack of production is going to push prices to levels that would have once been unthinkable.

Most people simply do not realize how much our farmers are hurting right now.  Just check out these numbers…

Nearly three quarters of US farmers say this year’s drought is hurting their harvest — with significant crop and income loss, according to a survey by the American Farm Bureau Federation, an insurance company and lobbying group that represents agricultural interests.

The survey was conducted across 15 states from June 8 to July 20 in extreme drought regions from Texas to North Dakota to California, which makes up nearly half of the country’s agricultural production value. In California — a state with high fruit and nut tree crops — 50% of farmers said they had to remove trees and multiyear crops due to drought, which will affect future revenue.

This is going to affect all of us.

If farmers and ranchers don’t produce our food, we do not eat.

Things are even worse in western Europe, and the war in Ukraine is greatly restricting the flow of agricultural goods from eastern Europe.

In 2023, there is going to be a mad scramble for whatever food that is available, and global prices are going to go nuts.

We have already started to see food riots and civil unrest is some areas of the globe, but I anticipate that things will get much worse next year.

Even here in the United States, I expect that there will be a lot of anger and frustration.  And as we have seen, it certainly doesn’t take much for our major urban areas to explode.

Things aren’t even that bad yet, and already we are seeing people behave in ways that are extremely bizarre.  For example, just consider a very strange incident that just happened in Los Angeles…

The gang of people ransacked the store while shouting, completely destroying the COVID-19 safety screen that had been set up to grab as much as they could in Los Angeles, California.

A group entered the convenience store near Figueroa Street and El Segundo Boulevard, with surveillance footage showing the looters shouting at each other, on August 15.

They can be seen running across the store and grabbing drinks, cigarettes, lottery tickets, bags of chips and other items.

Approximately 100 young people were involved in the violence.

When I read about this sort of a thing, it makes me very sad.  I have been strongly warning that such unrest would be coming to America, and eventually it will get completely out of control.

As food prices surge to crazy heights, those at the bottom of the economic food chain will not be happy.

The coming food crisis will be a difficult time for our nation, and for the world as a whole.

If you understand what is coming, it gives you an opportunity to get prepared.

Sadly, most of the population doesn’t want to listen to the warnings, and that is extremely unfortunate.