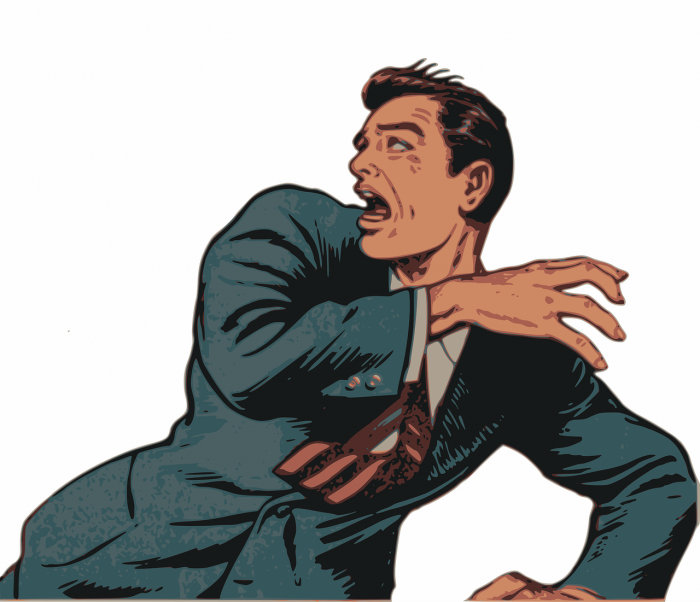 Well, that sure didn’t take long. Many had been hoping that 2019 would be a calmer year for Wall Street, but so far that has not materialized. In fact, a surprise announcement by Apple has just sparked another wave of panic selling on Wall Street. In a letter to shareholders, Apple CEO Tim Cook admitted that first quarter revenue is going to be way, way below expectations. That immediately set off “flash crashes” all over the globe as investors reacted to this unexpected news. According to Cook, the primary reason for the coming “revenue shortfall” is a slowing economy in China…

Apple said it sees first-quarter revenue of $84 billion vs. a previous guidance of a range of $89 billion and $93 billion. Analysts expected revenue of $91.3 billion for the period, according to the consensus estimate from FactSet. Apple blamed most of the revenue shortfall for struggling business in China. But the company also said that upgrades by customers in other countries were “not as strong as we thought they would be.”

Once this letter was released, many investors rushed to dump as much Apple stock as they could, and trading in the stock was temporarily halted…

After being halted temporarily, Apple shares resumed trading at 4:50 p.m. ET, quickly falling over 8 percent to $145.12. The plunging shares wiped out more than $50 billion in the company’s market value, according to Bloomberg data. Apple, which was trading around $146 in after-hours trading is now down more than 37 percent from its Oct. 3 high and has fallen mightily since becoming the first U.S. company to reach a $1 trillion market cap in August.

And many investors generally assume that pretty much any bad news for Apple is bad news for the tech sector as a whole, and so just about every big tech stock was being pummeled in the aftermath of this surprise announcement. The following numbers come from Business Insider…

As I warned just yesterday, it looks like 2019 is going to be a very, very challenging year.

At this point the mood of the nation has turned downright gloomy. Economic activity is slowing down all around the globe, the current government shutdown looks like it could last for a very long time, the endless investigations in Washington threaten to derail the Trump presidency, our trade war with China is becoming more painful with each passing week, and even many former optimists are openly admitting that the outlook for Wall Street looks very grim. For example, just check out what venture capitalist Fred Wilson is saying…

Like many of his peers in the Valley, legendary New York VC Fred Wilson – the founder of Union Square Ventures – is typically a dewy eyed optimist (just take a look at Union Ventures’ many flailing crypto investments). But in a surprising twist, a list of Wilson’s market calls for 2019 is so gloomy, it reads as if it were ghostwritten by SocGen’s Albert Edwards.

According to Wilson, the S&P 500 will visit 2,000 (a roughly 500 point – 25% – drop from current levels) some time during 2019 as the bottom falls out of the global economy. President Trump will agree to resign after being impeached by the House following the publication of the Mueller report. And the slate of highly anticipated tech IPOs (Uber, Lyft, Airbnb etc.) will fall flat. In other words, 2019 will be a “doozy”, as Wilson describes it.

The new session of Congress begins at noon on Thursday, and Nancy Pelosi will once again be the Speaker of the House. If something suddenly happened to President Trump and Vice-President Pence, she would become the president of the United States.

I don’t know about you, but just the thought of that chills me to the bone.

Now that the Democrats control the House, they are going to investigate the living daylights out of Trump, and it is likely to be a very, very tough year for him.

Many on the left are entirely convinced that Trump will be out of the White House by the end of 2019. Perhaps they will be successful in that mission, but instead of fixing things that would just unleash a whole lot more chaos.

What that means is that if things go really, really bad, we shouldn’t really expect any solutions to come out of Washington. We desperately need real change, but the voters just keep on sending the same old faces back to D.C. and they just keep on pushing the same old tired policies.

It is funny how I often drift into talking about politics, but the truth is that economics and politics are inseparable. And it is undeniable that what is going on in D.C. is going to have a dramatic impact on the U.S. economy throughout 2019.