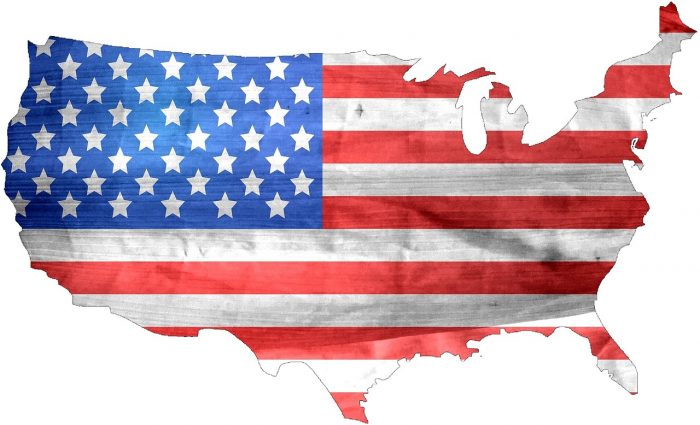 The character of a nation is a reflection of the character of millions of individual people, and one of the fastest ways to get a sense of the character of individual people is to visit their homes. It is said that a picture is worth a thousand words, and if that is true then a home visit has got to be worth a million. Sadly, there is a reason why so many Americans that make a living making service calls in other people’s homes absolutely hate their jobs. Way too often they are confronted with the worst that America has to offer, and many of them end up psychologically scarred for life as a result. For example, the following is from an article in which Lauren Hough described her time as a cable installer…

I’d walk in prepared for anything. There was sobbing, man or woman, didn’t matter. There were the verbal assaults. There were physical threats. To say they were just threats undermines what it feels like to be in someone else’s home, not knowing the territory, where that hallway leads, what’s behind that door, if they have a gun, if they’ll back you into a wall and scream at you. If they’ll stop there. If they’ll call in a complaint no matter what you do. Sure, we were allowed to leave if we felt threatened. We just weren’t always sure we could. In any case, even if we canceled, someone else would always be sent to the same house later. “Irate. Repeat call.” And we’d lose the points we needed to make our numbers.

Once upon a time, Americans generally treated one another with kindness, dignity and respect.

But now social decay is spreading like wildfire, and this country is rapidly becoming unrecognizable.

Just recently, a congressional report discovered that one of the largest drug companies in the entire nation had shipped “more than 3 million prescription opioids” to a single pharmacy in West Virginia…

In just 10 months, the sixth-largest company in America shipped more than 3 million prescription opioids — nearly 10,000 pills a day on average — to a single pharmacy in a Southern West Virginia town with only 400 residents, according to a congressional report released Wednesday.

McKesson Corp. supplied “massive quantities” of the painkiller hydrocodone to the now-shuttered Sav-Rite Pharmacy in Kermit, even after an employee at the company’s Ohio drug warehouse flagged the suspect pill orders in 2007, the report found. That year, McKesson — ranked 6th in the Fortune 500 — reviewed its customers, including Sav-Rite, and reported to the Drug Enforcement Administration that the purchases were “reasonable,” according to the report.

Of course West Virginia is right at the heart of the horrific opioid crisis that is sweeping the nation. But what amazes me is that nobody at McKesson Corp. saw anything wrong with pouring millions of highly addictive pills into a very small pharmacy in a town with only 400 residents.

Out on the west coast, drug addicts are shooting up and smoking crack right in front of the Ninth Circuit Court of Appeals…

Outside the Ninth Circuit Court of Appeals in downtown San Francisco, a woman urinates on the sidewalk and smokes a crack pipe.

Inside her purse are about a dozen used heroin needles. She shoots heroin up to 10 times per day, she says.

About 50 yards away, a man injects another woman in the neck with a needle. She puts her thumb in her mouth and blows on it to make her vein more visible. Her right arm is caked with dried blood.

The Ninth Circuit is the country’s largest federal appeals court, and President Trump recently nominated a radical left wing activist to fill a vacancy on it. And right out in front of the court it literally looks like a third world cesspool.

You may be tempted to think that this is one of the worst neighborhoods in San Francisco, but the truth is that it is actually one of the best…

This San Francisco neighborhood is home to the headquarters of Uber, Twitter and Salesforce. But stroll around here, and you’re also likely to find used drug paraphernalia, trash, and human excrement on the sidewalks, and people lying in various states of consciousness.

During 2018, San Francisco citizens filed more than 20,000 complaints about human feces in the streets. There are words to describe what San Francisco has become, but I am not able to print them in this space.

We like to think that we are an “example” to the rest of the world, but the truth is that they are all laughing at us. And I had to laugh too when I recently came across this story…

A man has been arrested after he drove his pickup truck into a courthouse in Mississippi.

News outlets reported that the Gulfport Police Department said in a news release that 28-year-old Keith Cavalier told officers he intentionally crashed into the Harrison County Courthouse early Saturday because it was the best way to let them know his drug paraphernalia had been stolen.

Let’s switch gears for a bit. Instead of talking about drugs, we’ll talk about sex for a moment.

At one time, if a teacher had sex with a student it was a major national scandal. But now it is happening so frequently that it is usually not considered to be “newsworthy” anymore. In fact, during the most recent fiscal year the state of Texas alone “opened 429 cases into inappropriate student-educator relationships”…

During fiscal 2017-18, the TEA opened 429 cases into inappropriate student-educator relationships — an approximate 42 percent increase from the prior year, said Doug Phillips, director of educator investigations at TEA, during a Senate Education Committee meeting this week.

“I think we’re just getting a lot more of these reports that maybe would not have been reported in the past,” he said.

But just when you think that nothing could top Texas, Colorado comes along and says “hold my beer”.

The fabric of our society is literally rotting away right in front of our eyes, but most Americans are still in denial about what is happening.

Just like all other major empires throughout human history, we are decaying from within, and we should be deeply alarmed at what we have become.

In his year in review article, Dave Barry made a great point about the current state of American culture…

What made this year so awful? We could list many factors, including natural disasters, man-made atrocities, the utter depravity of our national political discourse and the loss of Aretha Franklin. Instead we’ll cite one event that, while minor, epitomizes 2018: the debut of “Dr. Pimple Popper.”

This is a cable-TV reality show featuring high-definition slo-mo closeup videos of a California dermatologist performing seriously disgusting procedures on individuals with zits the size of mature cantaloupes. You might ask, “Who on Earth would voluntarily watch that?” The answer, in 2018, was: MILLIONS OF PEOPLE. That is the state of our culture. We can only imagine what new reality shows lie ahead. We would not rule out “Dr. Butt Wiper,” or “People Blow Their Noses Directly Onto The Camera Lens.”

Sadly, I have a feeling that a show called “Dr. Butt Wiper” would rapidly become one of the most popular television shows in America.

We truly are a nation in decline, and things are getting worse with each passing year.