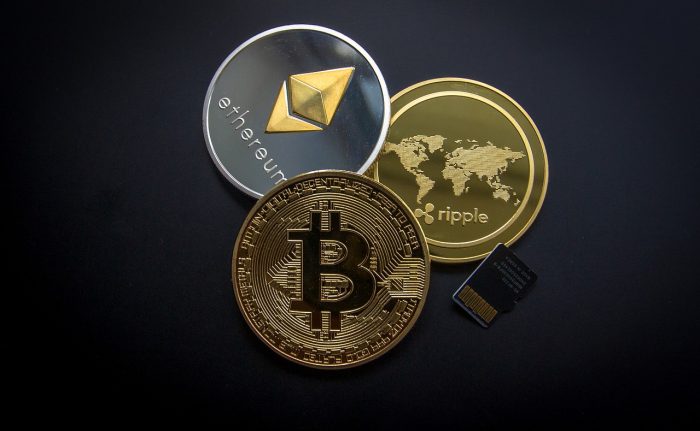 Those that sold their cryptocurrencies at the peak of the market made a tremendous amount of money, but those that hold on to the bitter end are going to be gravely disappointed. For a while there, it seems like cryptocurrency prices were going to go up forever. 2017 was the best year for cryptocurrencies ever, and lots of investors were becoming millionaires on paper. But now the “Bitcoin bubble” has burst, and the losses are absolutely staggering. Unfortunately for crypto investors, it looks like things are about to go from bad to worse, because China has just launched an absolutely unprecedented crackdown on cryptocurrencies. Potential government intervention was always the “elephant in the room” for cryptocurrency enthusiasts, and now it is becoming a reality in a major way.

How would you feel if the value of your investments fell by 75 percent in just 7 months?

Well, that is precisely what has happened to cryptocurrency investors. The following comes from the New York Times…

After the latest round of big price drops, many cryptocurrencies have given back all of the enormous gains they experienced last winter. The value of all outstanding digital tokens has fallen by about $600 billion, or 75 percent, since the peak in January, according to data from the website coinmarketcap.com.

Sadly, this could potentially be just the beginning of big trouble for the cryptocurrency industry.

China has not completely banned cryptos yet, but they appear to be moving in that direction. As Robert Wenzel recently noted, the crypto crackdown in China is becoming very intense…

Financial officials in an eastern district of Beijing issued a notice last week to stores, hotels and offices urging them not to host any cryptocurrency related speeches, events or activities. The document also asked that any activity be reported to local officials and said authorities were acting on behalf of a working group led by the central bank to clean up cryptocurrency trading, reports The Wall Street Journal.

In a commentary published in state media on Friday, according to the Journal, Sheng Songcheng, an adviser to the People’s Bank of China, said that after fundraisings called initial coin offerings were banned last year, government regulation will become even more restrictive. He wrote that earlier this week, authorities blocked a number of public accounts involving ICOs on the popular messaging app WeChat.

In addition, we have just learned that China has decided to permanently block over 120 offshore cryptocurrency exchanges…

More than 120 offshore cryptocurrency exchanges have been blocked by Chinese authorities, the South China Morning Post reports. The exact reasoning is not entirely clear — the central bank didn’t respond to calls from SCMP reporters — though some speculate that the crackdown is a response to increasing financial risk and instability.

The government will continue to monitor for any new crypto news sites and announcements of Initial Coin Offerings (ICOs). If any appear, the government will shut them down immediately and deny user access by blocking their IP addresses.

That is an absolutely devastating blow to the cryptocurrency industry.

On top of everything else, Chinese tech giants have decided to ban crypto-related transactions…

In a move that will likely make it even harder for cryptocurrency aficionados to trade Bitcoin and its ilk in China, the mobile payments titans of the country have barred crypto-related transactions.

WeChat Pay and Ant Financial’s Alipay are monitoring their platforms for transactions related to cryptocurrencies, with WeChat saying Friday that it would prohibit users from sending funds related to such digital assets on its social media platform. Its a notable move, Chinese citizens have rapidly adopted the technology. Over $12 trillion changed hands via mobile in the first 10 months of 2017 alone in the Middle Kingdom.

A coordinated effort to kill the cryptocurrency industry in the second largest economy on the planet appears to be well underway, and this is going to have very serious implications for cryptocurrency prices.

Meanwhile, the cryptocurrency industry just suffered another blow at the hand of U.S. regulators…

The U.S. Securities and Exchange Commission has rejected another round of attempts to list exchange-traded funds backed by bitcoin, blocking ETFs from ProShares, GraniteShares and Direxion, on concern prices could be vulnerable to manipulation.

In a trio of orders posted on the agency’s website Wednesday, the commission said proposals to allow the funds failed to show how exchanges seeking to list the products would “prevent fraudulent and manipulative acts and practices.”

For a long time I have warned that the ultimate fate of the cryptocurrency industry was going to be determined by what national governments decided to do.

They seemed to have a “hands off” policy for quite a while, and the cryptocurrency industry thrived.

But now a global crackdown has begun, and it could ultimately mean the death of the entire sector.