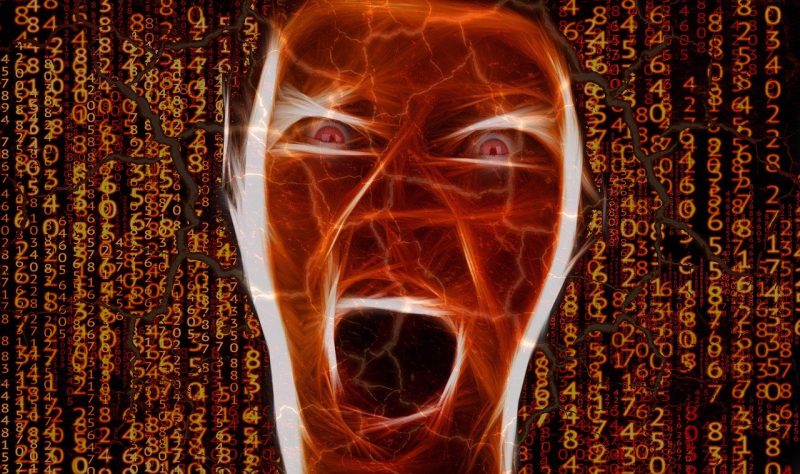 Have you noticed that the corporate media has been repeatedly using the word “violent” to describe what the summer of 2021 is going to be like?  Many Americans believed that once Joe Biden was in the White House that all of the civil unrest that we have been witnessing would magically disappear and that violent crime rates would go back to normal.  Of course neither of those things has happened.  We continue to see civil unrest erupt in major U.S. cities such as Portland, and murder rates are even higher in 2021 than they were in 2020.  This is a fact that was highlighted in a recent Axios article entitled “It’s set to be a hot, violent summer”…

In this instance, Axios is right on the money.

Murder rates were way, way up all over the nation last year, and this year murder rates are shooting even higher.

It is also true that we tend to see a spike in violence over the summer, and one expert that was interviewed by Axios is warning that this upcoming summer will be “abnormally violent”…

“Summer 2021 is going to be abnormally violent,” John Roman, a senior fellow at the economics, justice and society group at NORC at the University of Chicago, wrote this year. “It is the new normal.”

There is that word “violent” again.

It is almost as if they are trying to mentally condition us for something.

Once you are alert to it, you will start noticing the corporate media using it constantly.

And actually this is one point in which I am in full agreement with the corporate media.  There will be tremendous violence during the summer of 2021, and certain decisions that our political leaders are now making will contribute to that violence.

For example, it was just announced that 76,000 inmates could soon be permanently released in California, and we are being told that 63,000 of those inmates have actually been “convicted of violent crimes”…

California is set to release at least 63,000 inmates convicted of violent crimes in an effort to create “safer prisons.”

Yes, the prisons will most definitely be safer if all of those criminals are released.

But the mean streets of California will become even more dangerous.

I have no idea why California Governor Gavin Newsom would do such a thing.  Releasing tens of thousands of violent criminals just in time for the summer is incredibly foolish, and he is being strongly criticized by Republicans for choosing to do this…

A number of Republican lawmakers in the state have opposed the move and criticized Gov. Gavin Newsom for acting “on his own authority, instead of the will of the people.”

“This is what I call Newsom’s time off for bad behavior. He’s putting us all at greater risk, and there seems to be no end to the degree to which he wants to do that,” Republican state Sen. Jim Nielsen said.

Murder rates in California are already threatening to spiral out of control.

Is Governor Newsom purposely trying to make things even worse?

On a national level, it has been announced that there are no plans to bring the federal inmates that were released during the COVID pandemic back to prison…

The U.S. Bureau of Prisons has no immediate plans to send thousands of inmates released during the COVID-19 pandemic back to prison, but to prevent that from happening in the future, Congress needs to change the law, its head said Thursday.

“We’re going to use good judgment and common sense and work within the law,” said BOP Director Michael Carvajal in testimony before the Senate Judiciary Committee, noting the agency has no desire to “arbitrarily” disrupt peoples’ lives by forcing them to return to prison.

I have an idea.

Let’s just release all of the inmates in all of the prisons and see what happens.

For a long time I have been warning that crime rates would spike dramatically and that we would see tremendous civil unrest in our cities, and now it is happening right in front of our eyes.

The elite can see what is happening too, and they have been purchasing very large chunks of real estate in very remote areas.

But Walter’s activity in Crested Butte has drawn lots of local attention among its population of about 4,700. This year alone, Walter purchased six commercial properties, including several historic buildings downtown and a family resort called the Almont, which sits at the intersection of the East and Taylor rivers. Walter closed the deals under limited liability companies registered to his work address in Chicago.

“He’s been very—I wouldn’t say ‘secretive’—but certainly not forthcoming with what he’s going to be doing with the buildings,” Crested Butte Mayor Jim Schmidt told The Daily Beast. Realtor Eric Roemer echoed the uneasy feeling: “Nobody really knows what his game plan is.”

Mark Zuckerberg and Priscilla Chan have nearly doubled their controversial land holdings in Hawaii, after buying almost 600 acres on Kauai from a non-profit for $53 million.

The deal, which closed on March 19, according to deeds first reported by Pacific Business News, comprises three parcels, including the remote northern waterfront known as Larsen’s Beach.

It must be nice to have an extra 53 million dollars lying around.

Do you ever wonder what Mark Zuckerberg would be doing today if Facebook had not worked out?

Yes, this will be a long, hot summer filled with violence, but that won’t be the end of it.

Because the truth is that this party is just getting started, and it is going to rip this country to shreds.