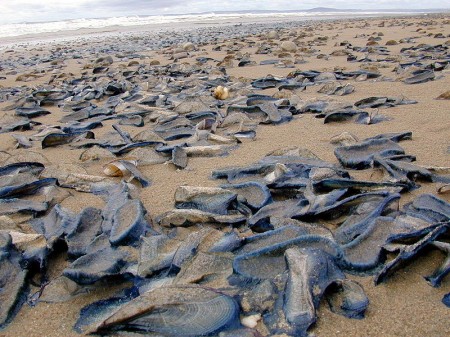 Billions of mysterious small creatures have been washed up on beaches along the west coast of the U.S, from Southern California to British Columbia.

Needless to say, locals have been extremely curious about the invaders.

The creatures are known as ‘by-the-wind sailors’, or their scientific name of velella velella, according to the Daily Breeze newspaper in Southern California.

The jelly-fish-like creatures each measure around seven to 10 centimetres, are bright blue and distinguished by a gas-filled float that rises above the surface of the water.