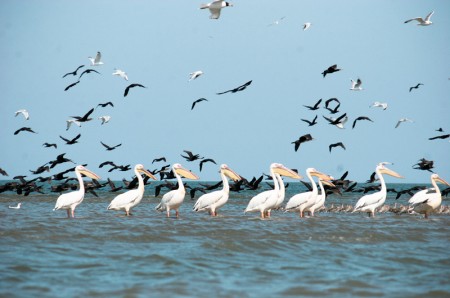 The “fun in the sun” lifestyle that Southern California is known for apparently no longer applies to the region’s seabirds, many of which are disappearing at an alarming rate. New reports indicate that the vast majority of California pelicans have simply stopped reproducing, with less than 1 percent of the usual number of baby pelicans turning up for the season.

Between 80 and 90 percent of Southern California’s brown pelicans hail from Mexico’s Baja Peninsula, which abuts California’s southern border. The birds typically breed here in the tens of thousands and travel north, making their homes along the coast. But this year, very few baby pelicans emerged from the peninsula, a phenomenon that seasoned professor Dan Anderson says is unusual.