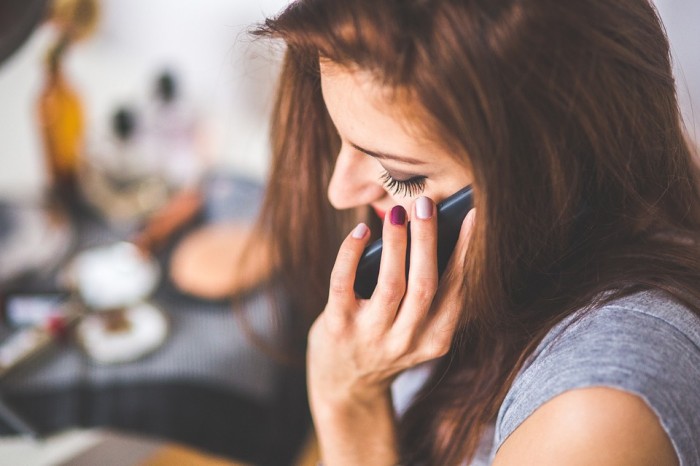 Have you ever had a family gathering, a social function or a business meeting ruined by someone that was obsessed with checking their cell phone? I see this wherever I go, and it is one of the reasons why I don’t like to leave the house much. No matter who is around and no matter how important what they are supposed to be doing may be, many Americans feel a deep, dark compulsion to constantly check their smartphones. As you will see below, the average user checks his or her phone 35 times a day, but of course there are some people that are well into the triple digits. Cell phone addiction is very real, and that is why there are actually rehab programs for this sort of thing. Unfortunately, we simply can’t put the entire country into rehab, and this problem just keeps getting worse with each passing year.

Below, I want to share with you 15 numbers that show how ridiculous our obsession with our smartphones has become. I think that you will agree with me that our addiction to cell phones has gotten way out of control…

1. The average smartphone user checks his or her phone 35 times a day.

2. Common Sense media just released a new survey that found that 50 percent of American teens admit that they “feel addicted” to their smartphones.

3. Close to 70 percent of parents and teens say that they have argued about smartphone usage.

4. 77 percent of parents say that “their teenagers were sometimes distracted by their phones or tablets during time spent together with family”.

5. Even though it is illegal in almost every state, 56 percent of parents confess that they check their mobile devices while driving.

6. 51 percent of teens admit that they have seen their parents check their smartphones while driving.

7. A different survey found that 75 percent of all smartphone users admit that they have texted while driving at least once.

8. 70 percent of smartphone users check their phones “within an hour of getting up”.

9. 56 percent of smartphone users check their phones “within an hour of going to sleep”.

10. 61 percent of smartphone users admit that “they regularly sleep with their cell or smartphone turned on under their pillow or next to their bed”.

11. 48 percent of smartphone users check their devices over the weekend.

12. 51 percent of smartphone users check their devices continuously during their vacations.

13. 44 percent of smartphone users admit that they would experience “a great deal of anxiety” if the phone went missing and they were unable to replace it for a week.

14. One survey discovered that the average cell phone user is on the device for 3 hours and 8 minutes a day.

No matter how you break these numbers down, they paint a very clear picture of a society that is absolutely addicted to these devices.

Unfortunately, this is not something that a lot of us take very seriously. For example, just consider the following excerpt from a CNN article. The author openly acknowledges the obsession that she has with her smartphone, but she is obviously not too concerned about it…

If you asked me whether I’m addicted to my smartphone or whether I overuse it, I would say absolutely not. I pride myself on not keeping my devices (I have two of them!) in my bedroom while I sleep, and keeping them out of reach on the kitchen counter when I’m home with my kids. But, every time I walk into the kitchen, I find myself checking my email and Twitter feed.

There’s almost a gravitational pull toward my BlackBerry and iPhone even when I know the chance that there is anything I need to see at that moment is next to zero. I feel that same pull the minute I wake up and make checking my devices one of the first things I do once I get out of bed.

To me, our society was so much better off when all we had were rotary phones that were physically tied to the wall. In this day and age, we have a generation of people that have been trained to think that it is okay to pull out their mobile devices and stare into them like zombies wherever they are. And especially among our young people there are many that start to get physically uncomfortable if they have to talk to you for more than five minutes without checking their phones.

Of course this is just another indication of how “me-centered” our society has become. Our phones have literally become extensions of ourselves, and we love to immerse ourselves in our own little worlds.

There is something deeply narcissistic about our love affair with these smartphones. Yes, I understand that millions of us have to use them for work, and in many ways they do make our lives much more convenient.

But on the other hand they are greatly contributing to the sense of loneliness and isolation that so many Americans are feeling these days.

After all, previous generations of Americans seemed to have done just fine without checking their phones every five minutes.