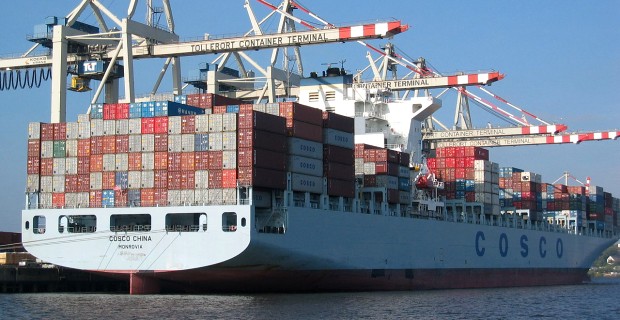 China is set to retrofit thousands of merchant ships for military purposes so they can be used in the event of a war, another disturbing indication of growing tensions between Beijing and Washington.

Shipping industry publication TradeWinds reveals that China is preparing a new fleet of “war-ready ships” to serve as “a reserve military logistics wing” in the event of a naval conflict.

The new policy will apply to “containerships, ro-ros, multipurpose ships, bulkers and other ships,” with shipbuilders receiving a government subsidy to pay for the cost of making the vessels “militarily useful.”

According to American Maritime Congress president James Caponiti, the move is another sign that Beijing is intensifying its military build-up while Washington stands idly by.

“Do we really want China to be that much more capable?” he asked.

Explaining the decision to retrofit merchant ships with military technology, People’s Liberation Army researcher Cao Weidong said, “Modern naval warfare often requires the mobilisation and deployment of a large number of ships while the mass production of naval ships in peacetime is not economically sensible.”

How soon is China expecting to have to engage in “naval warfare”?

Tensions over Beijing’s military fortification of islands in the South China Sea have been building in recent weeks, with Beijing repeatedly issuing warnings to U.S. surveillance planes flying over the region.