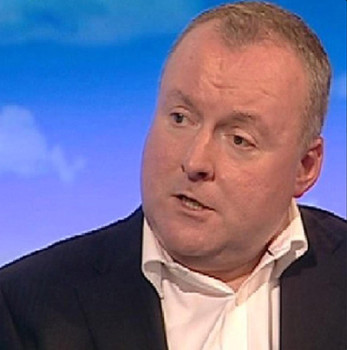 These warnings come from Damien McBride, former Campaign Manager for UK Prime Minister Gordon Brown’s election in 2007 and special advisor to Gordon Brown from 2007 to 2010. He was also Head of Communications for the UK Treasury from 2003 to 2008. He bases his warnings only on the reality of what is happening in our world today.

As shown in the following tweets copied from his twitter page (@DPMcBride), Mr. McBride is advising his followers to stock up on cash, bottled water, canned goods, and other essential items in preparation for the coming crash. He recommends establishing a meeting location where family members can find each other in the event communication systems are down. He also says it is going to be 20 times worse than the 2008 crash.

5:25 AM – 24 Aug 2015:
Crash advice No.3: agree a rally point with your loved ones in case transport and communication gets cut off; somewhere you can all head to.

6:48 AM – 24 Aug 2015:
I’m presuming the Central Banks will intervene to stop this market slide but that will just make the eventual, inescapable crash even worse.

8:37 AM – 24 Aug 2015:
The real problem will be when all the bad loans fueled by cheap borrowing (and in China, shadow banking) start to default.

8:43 AM – 24 Aug 2015:
Today is just the stock market catching up with the terror over defaults that’s been gripping the bond market for months.

3:31 AM – 25 Aug 2015:
Every day the era of easy borrowing persists just means even more loans that won’t be repaid when the real crash finally comes.

1 thought on “Damien McBride: Get Ready for the Coming Crash”