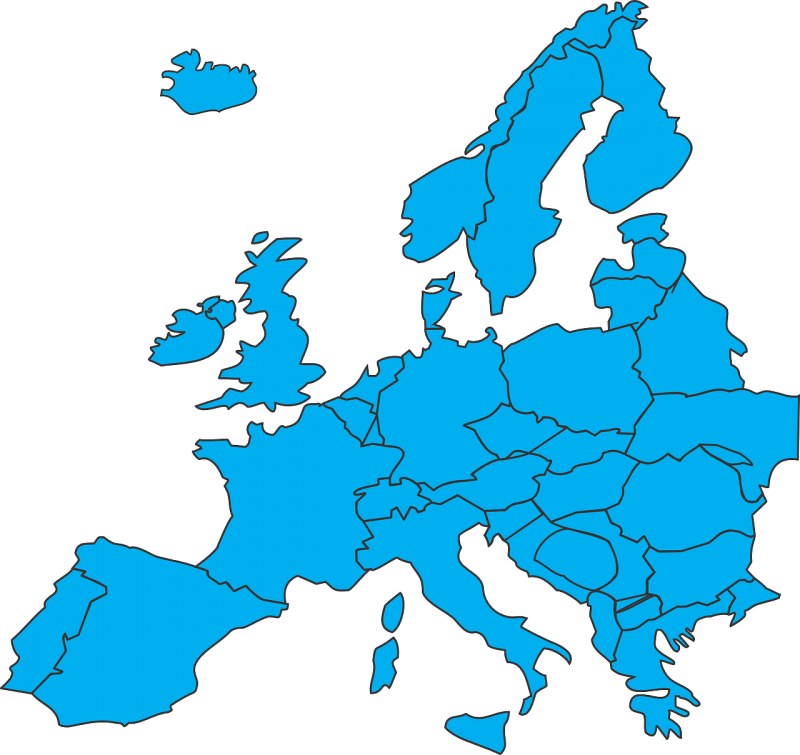 This is going to be a bitterly cold winter for a whole lot of people.  In particular, things are likely to get really uncomfortable in Europe.  Soaring energy prices and concern about potential shortages are causing anxiety all over the continent, and widespread protests have already started to take place.  The cost of living has become extremely painful for those on the bottom of the economic food chain, and people want their governments to do something.  Of course this is what always happens when nations embrace socialism.  There is an expectation that those in charge will solve any and every problem, but this time around the limitations of the socialists running Europe will become very clear.

Thanks to the war in Ukraine and a number of other factors, the price of natural gas in Europe is now approximately six times higher than it was last year…

European natural gas prices are taking a breather amid further signs that soaring energy costs are crippling economic output, heaping pressure on politicians to resolve the crisis with winter just a few months away.

Benchmark futures retreated after settling at a record high on Monday. Prices are still about six times higher than they were at this time last year, with the panic spreading across nations ahead of peak winter demand.

Needless to say, many in Europe are being completely stunned by the size of their energy bills, and a massive backlash has been brewing.

In fact, we are already starting to see very large protests in a number of different countries…

British grassroots group “Don’t Pay UK” is calling for people to boycott energy bills from Oct. 1, while the trade union-backed “Enough is Enough” campaign kicked off a series of rallies and actions in mid-August calling for pay rises, rent caps, cheaper energy and food, and taxes on the rich.

A worsening cost-of-living crisis across Europe has already seen workers in France, Spain and Belgium go out on strike in the public transport, health and aviation sectors, pushing for higher wages to help them cope with rocketing inflation.

As supplies get even tighter this winter, energy costs are only going to go higher.

And a lot of officials in Europe are extremely concerned about the potential for shortages and blackouts.

Even now, this energy crisis is forcing some big companies to significantly curtail activity…

The list of industries that are curbing output is growing. Poland’s biggest chemicals company, Grupa Azoty SA, has stopped making some of its key products and trimmed production of ammonia because of record gas prices, it said in a statement on Tuesday.

Unless the war in Ukraine comes to a speedy conclusion, this crisis is not going away any time soon.

So the people of Europe are going to be asked to make additional sacrifices in the months ahead.  This week, French President Emmanuel Macron actually used the phrase “end of abundance” to describe what citizens of his country would soon be facing…

Emmanuel Macron has warned the French they are facing sacrifices and what he called the “end of abundance”, at his government’s first cabinet meeting after the summer holidays.

The president, speaking before ministers at the Élysée, said the country was at a “tipping point” and faced a difficult winter and a new era of instability caused by climate change and Russia’s invasion of Ukraine.

Based on the anger that we are already witnessing, I don’t think that the people of Europe are going to handle the “end of abundance” too well.

Meanwhile, energy prices in the U.S. continue to skyrocket as well.  At this point, the price of natural gas in the U.S. has risen more than 150 percent in 2022…

U.S. natural gas prices briefly hurdled $10 per million British thermal units (BTUs) on Tuesday, the highest since 2008. They are up more than 150% this year.

Approximately half the population uses natural gas to heat their homes.

So this is really troubling news.

Energy bills in this country are going to be absolutely obscene this winter, and we have already reached a point where about one out of every 6 of us are behind on our power bills…

At least 20 million households — or about 1 in 6 American homes — are behind on their power bills as soaring electricity prices spark what is said to be the worst-ever crisis in late utility payments, according to Bloomberg, citing data from the National Energy Assistance Directors Association (Neada).

Neada said electricity prices had increased significantly since 2020 after a decade of stagnation. The steep rise has resulted in billions of dollars in overdue power bills.

In state after state, the percentage of customers that are behind on their energy bills just continues to go higher and higher.  Here are a couple of examples…

California’s PG&E Corp. has seen a more than 40% jump since February 2020 in the number of residential customers behind on payments. For New Jersey’s Public Service Enterprise Group, the total is up more than 30% for customers at least 90 days late—and that’s just since March.

If things are this bad already, what will the numbers look like if energy bills go up another 50 percent or more this winter?

We are being warned that a “tsunami of shutoffs” is coming, and that is not an exaggeration at all.

In both the United States and Europe, there are going to be millions upon millions of people that cannot afford to heat their homes.

And when there are vast numbers of people that cannot even afford to pay for the essentials, that is a recipe for civil unrest.

According to one professor that tracks these things, we have already seen approximately 10,000 protests of an economic nature around the world since last November…

Whichever route they choose, the coming winter is set to be plagued by social unrest, warned Naomi Hossain, a professor of development politics at the American University in Washington D.C. who is studying energy, fuel and food riots.

At a conservative estimate, 10,000 such protests have taken place worldwide since last November, she told the Thomson Reuters Foundation – with more expected in an uncertain future.

For years, I have been relentlessly warning that unprecedented civil unrest would be coming.

Now it is here, and it is only going to get worse.

I would very much encourage you to do what you can to become more independent from the power grid.

Energy bills are headed to heights that would have once been unimaginable, and this is going to cause excruciating pain all over the western world.