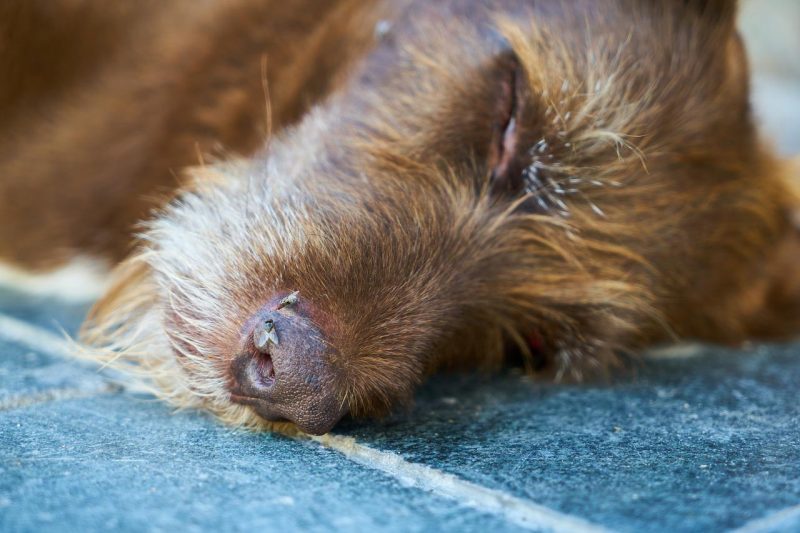 It isn’t just humans that are being hit extremely hard by deadly pestilences.  In recent weeks, I have written numerous articles about the strange diseases that have been causing severe illness and death among human populations in various parts of the globe.  But there are other plagues that have suddenly erupted that aren’t affecting us at all.  Instead, they are devastating animal populations, and so they get less media coverage.  But the truth is that some of these diseases are extremely serious.  For example, tens of millions of our chickens and turkeys are already dead due to an unprecedented bird flu pandemic.  That deeply impacts each one of us, because now chicken and turkey are much more expensive at the grocery store.  And one or more of the diseases that I am going to talk about in this article could make the jump to humans, and if that happens we could potentially be facing a big time nightmare.

Let me start my discussion by addressing a mystery that several people have written to me about this week.  A “mystery virus” that just appeared has been killing lots of dogs in Michigan…

State and federal agencies are investigating the mystery virus that has claimed the lives of at least 30 dogs in Michigan.

After I saw that story, I came across another story which said that the death toll went from 30 to 60 “in just a matter of days”…

The number of dogs suspected of dying from a new parvo-like illness has now doubled in Northern Michigan, going from 30 to 60 in just a matter of days.

The jump has prompted state officials to investigate the unidentified illness that is mostly impacting dogs under the age of two.

Is this something that we should be alarmed about?

Details about whether parvo is involved in the Michigan cases conflict. Affected dogs tested negative for parvo during initial screening by veterinarians, the Otsego County shelter and the Clare County animal control director have said.

But some of the first samples submitted to Michigan State University’s veterinary diagnostic laboratory were positive for parvovirus, the lab and the state agriculture department said Monday.

I will keep a close eye on this story.  Hopefully this virus will not continue to spread.

Meanwhile, 700 black vultures have died as a result of an outbreak of the bird flu in Georgia…

The Georgia Department of Natural Resources says they’re assessing and investigating the deaths of 700 hundred black vultures at the Noah’s Ark Animal Sanctuary in Locust Grove. The state has confirmed that those deaths are related to an avian influenza outbreak, commonly known as bird flu.

Workers suspect a contaminated bird got into the resident vulture population. Efforts are underway to prevent the spread to other animals.

Authorities in the U.S. have been doing their best, but they have not been able to keep this outbreak from spreading from coast to coast.

In fact, it just hit a commercial poultry flock in the state of California for the very first time…

The California Department of Food and Agriculture reported a commercial poultry flock of 34,000 birds in Fresno County detected bird flu. This is the first commercial flock infected in the state since the outbreak started in the US in January.

The birds at the commercial broiler breeder in Fresno were immediately euthanized to protect surrounding commercial flocks.

As I stated earlier, we have already lost tens of millions of our chickens and turkeys to this pandemic, and it appears that it will be with us for the foreseeable future.

In the best case scenario, chicken and turkey will continue to become more expensive at the grocery store.

In the worst case scenario, this version of the bird flu makes the jump to humans.

If that were to happen, the death rate could be as high as 60 percent.

On top of everything else, a hemorrhagic disease that has been wiping out rabbits in vast numbers all over the nation just continues to spread.  Here in an article about the virus showing up in one county in Minnesota…

A deadly rabbit disease has been detected in Minnesota.

The Minnesota Board of Animal Health says four of a Hennepin County family’s pet rabbits died and tests confirmed the presence of Rabbit Hemorrhagic Disease Virus 2 in one of the carcasses. A news release says the remains were submitted to the University of Minnesota Veterinary Diagnostic Laboratory in late July because the positive rabbit was lethargic, quiet, and limp before it died.

Almost all of the rabbits that catch this disease die.

So let us hope that this outbreak will subside.

Speaking of hemorrhagic diseases, another case of the Ebola virus was just confirmed in central Africa…

The Democratic Republic of Congo (DRC) is experiencing a resurgence of the Ebola virus after one case was confirmed by local health authorities on Monday night, the World Health Organization (WHO) said in a statement Tuesday.

The case was identified after samples from a 46-year-old woman in the eastern province of North Kivu tested positive after she died on August 15th.

The Ebola virus and the Marburg virus both appear to be active in Africa right now, and this is something that we will want to watch closely.

As I end this article, let me talk about a disease that can affect both humans and animals.

Monkeypox continues to spread very rapidly among humans all over the globe, and a very suspicious case involving a dog recently made headlines all over the planet.

Health authorities were urging those that were at high risk of infection to go out and get a shot, but nobody really knew if the injections would work against the new strain of the monkeypox that is currently going around.

Unfortunately, we received some really alarming news this week…

Now, chiefs at the World Health Organisation (WHO) have warned that there has been a number of breakthrough cases of the bug.

This means that people who are vaccinated – are still catching the illness.

Dr Rosamund Lewis, WHO’s technical lead for monkeypox, said these infections have been seen in people who had a prophylaxis vaccine following exposure to the virus.

Well, that certainly puts a different spin on things, doesn’t it?

It appears that monkeypox will be with us for quite some time to come.

In fact, so many of the pestilences that have now erupted are likely to continue circulating for years.

And as I have repeatedly warned, it is only a matter of time before even more deadly pestilences arise.

We have entered an era of great pestilences, and vast numbers of people and animals will die.

But even though the dangers are apparent to everyone, scientists that are funded by our tax dollars continue to monkey around with deadly viruses in secret labs all over the planet.

I don’t know why more people are not screaming bloody murder about this, because it is truly an existential threat.