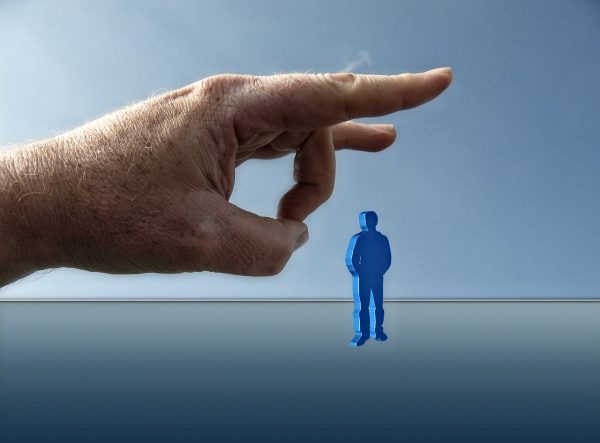 If the U.S. economy is “booming” and very bright days are ahead, then why are many large U.S. corporations laying off thousands of workers? Layoffs are starting to come fast and furious now, and this is happening even though the coming recession has not even officially started yet. Of course many are convinced that we are actually in a recession at this moment. In fact, according to John Williams of shadowstats.com if the government was actually using honest numbers they would show that we have been in a recession for quite some time. But the narrative that the mainstream media keeps feeding us is that the U.S. economy is “doing well” and that the outlook for the future is positive. Well, if that is true then why are big companies laying off so many workers right now?

Let’s start by talking about Ford Motor Company. On Monday, they announced that they will be laying off approximately 7,000 workers…

Ford Motor said Monday that it is laying off about 7,000 managers and other salaried employees, about 10% of its white-collar workforce across the globe, as part of a restructuring plan designed to save the No. 2 automaker $600 million annually.

The cuts, some of which were previously announced by the company, will be completed by August, Ford CEO Jim Hackett said in an email to employees Monday.

If the U.S. economy was about to take off like a rocket, this move doesn’t make any sense at all.

But if we are headed into a recession, this move makes perfect sense.

Nestle SA’s U.S. unit will dismiss about 4,000 workers as it stops delivering frozen pizza and ice cream directly to stores and transitions to a warehouse model that’s becoming an industry standard for Big Food companies looking to trim costs.

And we also recently learned that 3M is planning to get rid of about 2,000 workers…

The maker of Post-it notes, industrial coatings and ceramics said Thursday that the move is expected to save about $225 million to $250 million a year. The St. Paul Minnesota-based company anticipates a pretax charge of about $150 million, or 20 cents per share, this year.

Did you catch that part about these layoffs being due to “a slower-than-expected 2019”?

Unfortunately, things are slow for a lot of companies out there these days.

MGM Resorts International MGM, -2.09% plans to cut about 1,000 positions by the end of the current quarter amid a cost-cutting and operational overhaul that calls for fewer managers across its properties.

That figure includes some 254 positions that the company moved to eliminate last week.

In addition, Dressbarn just announced that all of their stores will be closing…

Dressbarn is closing all of its stores.

The women’s retailer announced Monday “plans to commence a wind-down of its retail operations, including the eventual closure of its approximately 650 stores.”

I am not sure how many employees they have per store, but even if it is just a handful we are talking about the loss of thousands of jobs.

The U.S. economy has been slowing down for months, and now the complete breakdown of trade talks with China threatens to plunge us into a prolonged trade war. As I noted in another article, a couple of different studies have concluded that an extended trade war could literally cost our economy millions of lost jobs.

And once the job losses start rolling, they can really get out of hand very quickly. We saw this in 2008, and it is just a matter of time until we see it happen again.

On Sunday, a reader sent me an article about a factory closing that was happening in her neck of the woods in Pennsylvania. One worker that was laid off said that the closure of the facility “was the final kick in the gut”…

Robert and Brooks Gronlund, owners of Wood-Mode Inc., wrote a text to workers Friday, saying they “are extremely appreciative” of the employees’ contributions and commitments. The company owners then confirmed all of them were terminated, as were their benefits.

“It was the final kick in the gut,” Michele Sanders, a 22-year employee of the company, said Saturday.

The privately-owned company in Kreamer, which produced custom wood cabinets, shut its doors Monday, leaving nearly 1,000 people without jobs. The abrupt closure of the plant stunned workers and community leaders.

So now almost 1,000 people do not have a way to support themselves and their families.

We are talking about hard working people with real hopes and real dreams.

Kreamer is a very small town. According to Wikipedia, only 773 people live within the city limits, and so obviously there are not a lot of employment opportunities in the town.

And if those workers are anything like the rest of the U.S. population, most of them were probably living paycheck to paycheck.

I keep encouraging my readers to build an emergency fund, because you never know when you will be next on the employment chopping block. I personally know a number of people that have just lost their jobs, and it can be an absolutely devastating experience.

Unfortunately, it looks like what we have witnessed so far is just the beginning. All of the numbers tell us that economic activity is slowing down, and so we should all get ready to potentially face a rapidly deteriorating economic environment during the second half of 2019.