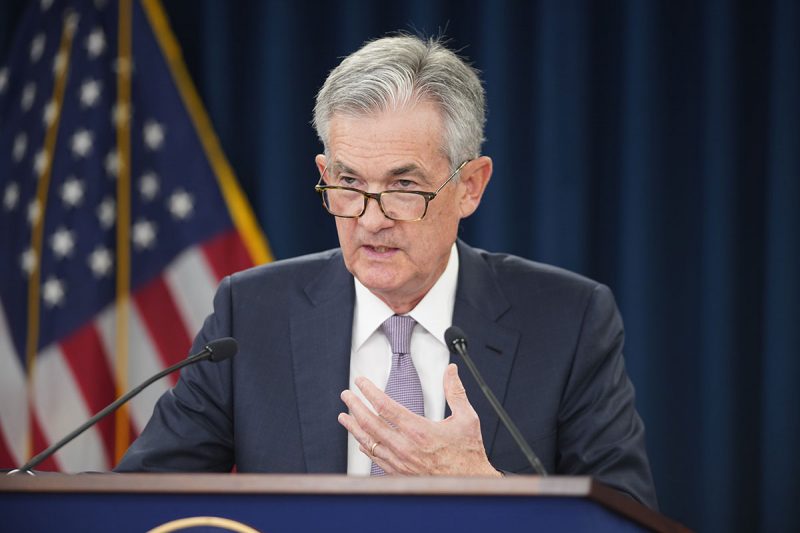 The last time interest rates were this high, the U.S. economy plunged into “the Great Recession” and millions of Americans lost their jobs.  But the Federal Reserve is not going to stop here.  In fact, Fed Chair Jerome Powell is telling us that more rate increases are on the way and that officials at the Fed are determined to “stay the course until the job is done”.  If “the job” is to destroy the U.S. economy, they have already made a tremendous amount of progress toward that goal.  The housing market is completely and utterly imploding, and economic activity is steadily slowing down all around us.  But even though Powell can see the damage that is happening, he insists that the Fed will keep raising rates until the official rate of inflation returns to 2 percent.

Today, there are a whole host of factors that are working in unison to push prices up.

So the Fed can try to hammer demand as much as it wants, but getting inflation back under control is not going to be as easy as it was during the Volcker era.

And dramatically hiking interest rates at the beginning of a major economic downturn is literally suicidal.  Many of us have been pleading with the Fed to stop raising rates so rapidly, but we witnessed yet another 75 basis point rate hike on Wednesday…

The Federal Reserve on Wednesday approved a fourth consecutive three-quarter point interest rate increase and signaled a potential change in how it will approach monetary policy to bring down inflation.

In a well-telegraphed move that markets had been expecting for weeks, the central bank raised its short-term borrowing rate by 0.75 percentage point to a target range of 3.75%-4%, the highest level since January 2008.

According to Fox Business, it was a unanimous vote, and this “marks the sixth consecutive rate increase this year”…

The three-quarter percentage point hikes in June, July, September and November underscore just how serious Fed officials are about tackling the inflation crisis after a string of alarming economic reports. Policymakers voted unanimously to approve the latest super-sized hike.

The widely expected move puts the key benchmark federal funds rate at a range of 3.75% to 4%, the highest since before the 2008 financial crisis, from near-zero in March. It marks the sixth consecutive rate increase this year and puts interest rates in firmly restrictive territory.

What we are watching is economic malpractice.

I don’t know how else to describe it.

Sadly, the Fed is telling us that “ongoing increases” will be needed until the overall rate of inflation is brought back down to 2 percent…

“The Committee anticipates that ongoing increases in the target range will be appropriate in order to attain a stance of monetary policy that is sufficiently restrictive to return inflation to 2 percent over time,” the Fed said in a new sentence added to its post-meeting statement.

So more rate hikes are on the way.

The good news, if you want to call it that, is that Powell told the media that future rate increases may be smaller in size…

“I’ve said at the last two press conferences that at some point it will become appropriate to slow the pace of increases,” Chairman Jerome Powell told reporters during a press conference in Washington. “So that time is coming. And it may come as soon as the next meeting, or the one after that. No decision has been made.”

But of course rates are now clearly high enough to crash the economy.

The housing market is already coming apart at the seams, and we just keep getting data point after data point telling us that the economy is really slowing down.

There is no way in the world that the Fed should be raising rates, but Powell insists that the Fed “will stay the course until the job is done”…

‘My colleagues and I are strongly committed to bring inflation down to our 2 percent goal… We will stay the course until the job is done.’

I truly believe that those words will come back to haunt him.

Look, I can understand why the Fed is so spooked about inflation.  We haven’t seen anything like this in decades, and one recent survey discovered that 50 percent of Americans are “feeling their health suffer as a result of the cost-of-living crisis”…

Research at Toluna, a consumer insights firm, found that 50 percent of those surveyed were feeling their health suffer as a result of the cost-of-living crisis, with inflation currently running above 8 percent according to the consumer price index.

And we have just learned that approximately 29 million U.S. households “have been unable to pay their energy bills this past year” due to rapidly rising energy costs…

Some 29 million households have been unable to pay their energy bills this past year, according to a survey that says the cold winter weather and rising utility costs will only worsen the crisis.

Data from the US Census Bureau show that many more American families — 43 million households — have cut back spending on groceries, medicine and doctors’ visits, so they could settle an energy bill.

So I definitely agree that inflation is a major problem.

But killing the economy is not the answer.

If you doubt the severity of the crisis that we are heading into, just take a look at what is happening at Wells Fargo right now…

The bank had about 18,000 loans in its retail origination pipeline in the early weeks of the fourth quarter, according to people with knowledge of the company’s figures. That is down as much as 90% from a year earlier, when the Covid pandemic-fueled housing boom was in full swing, said the people, who declined to be identified speaking about internal matters.

If Wells Fargo is already facing a 90 percent decline, what will happen as the Fed hikes rates even higher?

Sadly, the “housing recession” that we are now experiencing could quickly become a “housing depression”.

In my brand new book entitled “End Times”, I explain that the U.S. economy has been going through a housing market crash every 14 years.

But if the Federal Reserve was not being so foolish, we could have likely avoided a severe crash this time around.

Unfortunately, our leaders never seem to learn from history, and the months ahead promise to be exceedingly painful.