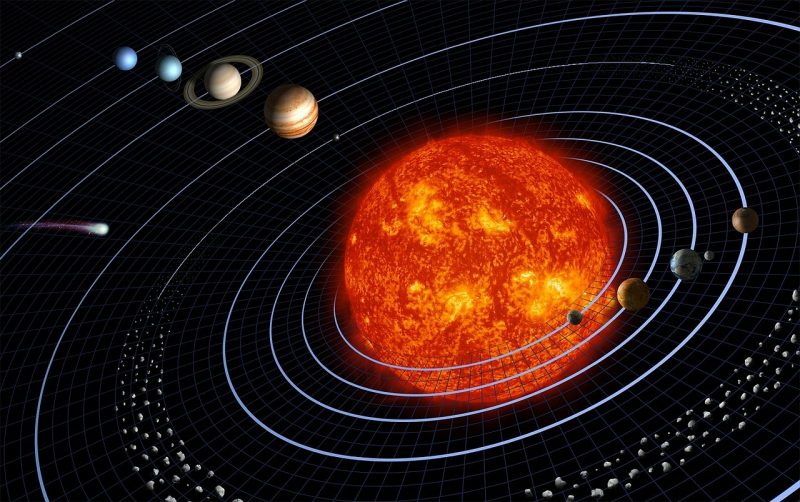 Should we be alarmed that so much strangeness is happening in the skies above us right now?  All throughout human history, people have considered great events that happen in the heavens to be extremely significant.  And Jesus specifically warned us that there would be “signs in the sun, and in the moon, and in the stars” during the times just before His return.  That doesn’t mean that anything that we are witnessing right now has any sort of special meaning.  Ultimately, it could just be a “coincidence” that so many weird things are starting to happen.  But to me, it does seem quite odd that so much strangeness is taking place all at once.

Let me give you an example.  On November 8th, we will witness a total lunar eclipse on election day for the first time in the entire history of the United States…

In addition, we are being told that this total lunar eclipse will be a “blood moon”…

A lunar eclipse takes place when the earth is between the sun and the moon, and the moon passes through the earth’s shadow. In this case, the earth’s shadow will block out 97% of the moon’s surface. This eclipse will be a “blood moon”, the result of atmospheric conditions that give the moon a reddish tint rather than black when it moves into the shadow. The red color comes from some of the sunlight passing through Earth’s atmosphere where it gets bent and colors like blue or green are filtered out, leaving behind longer wavelengths like the color red.

Blood moons are often associated with war, but that doesn’t mean that a major war is about to erupt.

However, it is also interesting to note that a planet that was named after Rome’s pagan god of war is also making news.

According to Forbes, the planet Mars will soon “appear to go backwards”…

The fourth planet Mars will soon shine brighter than the night sky’s brightest star—Sirius—but during its entire “opposition” period it will be doing something that’s hard to grasp. It will appear to go backwards.

As of today Mars will reverse its apparent west-to-east movement in the night sky and begin moving from east-to-west against the background stars.

This is referred to as “retrograde motion”, but Mars will not actually be changing direction.

Mars in retrograde is all only about perspective.

Earth orbits the Sun closer than the Mars. “Earth is moving faster around the Sun—taking 364-and-a-bit days to Mars’ 687 days—so from our point of view, as we come round the Sun, Mars is ahead of us in the sky,” said Dr. Simon Morden, planetary geologist and author of a new book The Red Planet: A Natural History of Mars (find a review here). “As we catch-up and go past it, it looks like it’s starting to go backwards.”

Meanwhile, a “face on the sun” has been making headlines all over the globe…

It turns out that anyone who drew a smiley-faced sun as a kid has been scientifically proved — somewhat — right. Last week, NASA’s Solar Dynamics Observatory captured an image of the biggest object in our solar system looking like the Stay Puft Marshmallow Man from “Ghostbusters,” the baby-faced “Teletubbies” sun or a jack-o’-lantern (if you’re into the Halloween spirit).

Of course the coronal holes that are causing the sun to look like it has a face can actually be quite dangerous.

In fact, a physics professor at the University of California at San Diego named Brian Keating has explained that these coronal holes could potentially “cause severe disruptions to the atmosphere on Earth”…

The coronal holes aren’t just interesting shapes moving around the sun’s surface. They’re areas of high magnetic-field activity steadily sending solar wind — or a flow of protons, electrons and other particles — into the universe.

“More so than a smiley face, its eyes are like gleaming laser beams sending particles that can cause severe disruptions to the atmosphere on Earth,” Keating said.

When the particles, which carry electrical charge, hit the planet in small doses, colorful auroras might follow, bringing brilliant displays caused by the atmosphere’s gases interacting with the sun’s burped-up shoots of energy. The problems come if a tremendous number of the teeny-tiny particles hit Earth, Keating said. Instead of being sucked into Earth’s magnetic field, they could get picked up by radio antennae and disrupt radio, television and other communication channels. A severe solar storm could even damage electrical grids and cause power outages, Keating added.

My hope is that it won’t happen any time soon, but scientists assure us that it is only a matter of time before a massive “solar tsunami” makes a direct hit on our planet.

And once that happens, electrical grids all over the world could get absolutely fried.

Lastly, I wanted to mention a “planet killer-sized asteroid” that researchers have just discovered…

Astronomers say they have discovered the largest planet killer-sized asteroid in eight years, and that the huge space rock will cross Earth’s orbit.

The asteroid, named 2022 AP7, was reported by researchers looking for space rocks within the orbits of Earth and Venus.

Writing in the Astronomical Journal, lead study author Scott Sheppard and colleagues at the Carnegie Institution for Science in Washington say they have found three “rather large” asteroids, one of which – 2022 AP7 – crosses the Earth’s orbit, making it a potentially hazardous asteroid (PHA).

The good news is that this particular “planet killer” is not going to hit us any time soon.

But this should be a reminder to all of us that there are plenty of “planet killers” that our scientists don’t even know about yet.

One day, a “planet killer” will hit the Earth, and at that moment everything will change.

Despite all of our advanced technology, we remain exceedingly vulnerable.

We live on an increasingly unstable giant space rock that is hurtling through the solar system at a speed that is almost unimaginable.  Unfortunately, our “neighborhood” is filled with lots of other space rocks, and the number of “near misses” has been on the rise in recent years.   On top of everything else, the increasingly unstable star that all life on this planet depends upon for heat and light has been behaving in strange and unusual ways.

We are so vulnerable, and as we will see during the years ahead, life on this planet is so incredibly fragile.