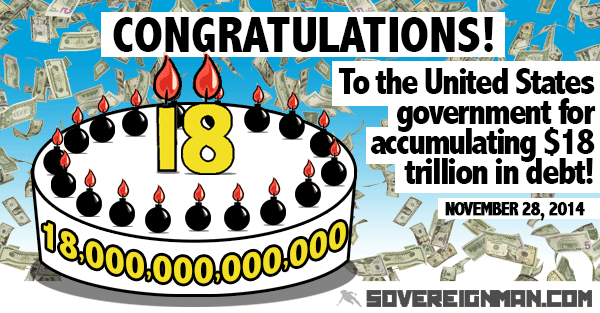 There’s so much misinformation and propaganda about this; let’s examine some of the biggest lies out there about the US debt:

What a massive lie. Politicians have been saying for decades that they’re going to cut spending and get the debt under control.

FACT: The last time the US debt actually decreased from one fiscal year to the next was back in 1957 during the EISENHOWER administration.

FACT: For the last several years, the US government has been spending roughly 90% of its ENTIRE tax revenue just to pay for mandatory entitlement programs and interest on the debt.

This leaves almost nothing for practically everything else we think of as government.